The actor – in Glasgow rehearsing for Macbeth – posted an image of a wall daubed in giant white letters “Free Palastine”. 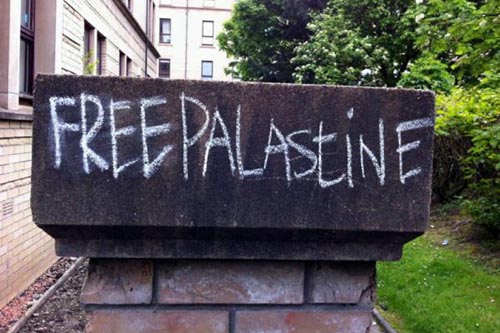 The image sparked hilarity amongst his followers, with one asking: “Poorly worded political statement or plasticine give away?? #aintgotnotinforspelling”

Cumming’s tweet follows the revelation that computer technology is partly to blame for many adults not being able to spell common words correctly.

The research, published by Mencap, showed that 65% were unable to spell ‘necessary’ while 33% struggled with ‘definitely’ and ‘separate’.

Students are the worst of the “auto-correct generation”, with just 13% getting all five questions in the test correct, compared with 21% overall.