SCOTTISH learner drivers have been involved in almost 50 crashes in the past five years – during their tests.

Official figures show that since 2008, 46 rookie motorists managed to have an accident during their 45-minute driving examination. 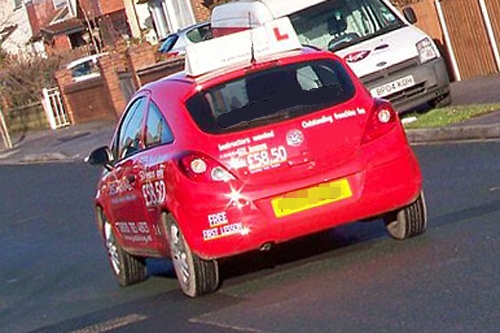 The figures, released under Freedom of Information, suggest that most accident-prone place in Scotland to start your driving examination is Kirkcaldy Multi Purpose Test Centre, Fife.

No fewer than six candidates at the centre crashed during their tests in 2010, with another smash the following year.

It means that more than one in seven of all driving test accidents involved the Kirkcaldy centre over the period.

The figures do not reveal whether the drivers – or their nerve-wracked examiners – were hurt in the accidents.

The driving test centre in Hamilton, South Lanarkshire, had the joint second-worst record for accident-prone students with four accidents.

The Balgownie test centre in Aberdeen had a record of three accidents, as well as Currie, Edinburgh, Dunfermline, Fife, and Baillieston, Glasgow.

The information was supplied by the Driving Standards Agency, the government agency responsible for driving tests in the UK.

A spokesman said the safety of the learner drivers is of their highest concern.

A DSA spokesperson said: “The safety of candidates is our top priority. All examiners are trained to assess and minimise any potential risks and take appropriate action where necessary; thankfully accidents on test are extremely rare.”

But Craig Thomas, a driving instructor and spokesman for the Driving Instructors Association believes the accidents happened because the drivers were not ready to sit their tests.

He said: “The reasons for collisions – accidents is a misleading term, because they don’t just happen by chance – are many and varied, so it’s difficult to draw definitive conclusions from raw data.

“However, if the candidate is at fault, it’s probably because they weren’t ready to sit their practical test: if it was the other driver’s fault, they perhaps should never have been passed, as they clearly take too many risks.”

The news of accidents caused comes as it was announced today that 10,000 foreign learner drivers need interpreters to steer their way through driving tests over the past three years.

And nearly 800 people had their driving licenses revoked by the DSA after investigations found evidence of translators coaching learner drivers during their tests.