A SCOTS seven-year-old is hoping for Cannes glory after her short film scooped an industry award.

Katherine Abuaglain may only be a primary 3 pupil but her starring role as a Palestinian who meets a homeless man on the streets of Edinburgh has already proved a big hit.

The schoolgirl from Edinburgh stars in Bra-et Al Rouh – meaning Innocence of the Spirit – which will be shown at Cannes tomorrow. 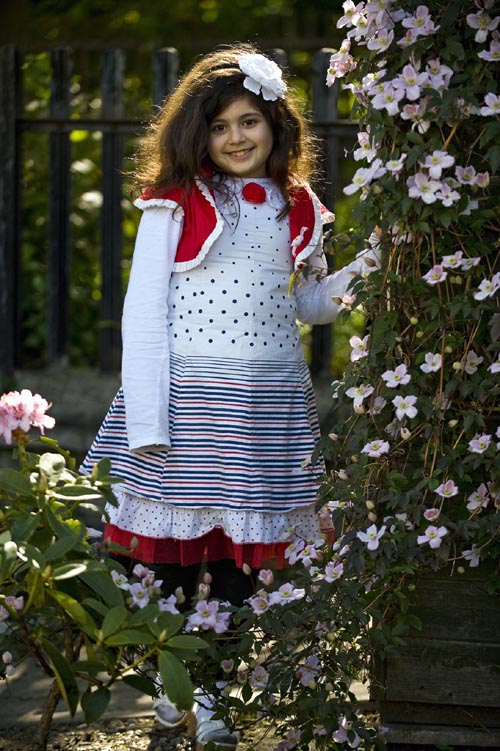 But her role as Farah has already earned her a Best Actress gong at the Indie Fest, an international virtual film festival which promotes independent film makers.

But her performance impressed the festival judges, who also awarded the film a Best Short award.

Bra-et Al Rouh was directed by Walid Salhab, a lecturer at Queen Margaret University, Edinburgh, who is in Cannes for the showing.

Katherine said: “I’m so excited to have been in the film, the children at my school think it was really good that I was in it. When I grow up I might want to be an actress.

“My teacher put it on YouTube and they played the trailer for the film in school.”

Katherine’s dad, Wassem, 42, said: “I was very happy and excited – Katherine was jumping up and down, it’s such an achievement and we are all so proud of her.

“I knew Walid through friends, but just as an acquaintance, and he didn’t know I had a daughter.

“Somebody got us together because they knew he was looking for actors for the film and I had a daughter about the right age for the role.

“I was very happy to let her do it because I really liked the story and I thought she would be really good.

“When I watched the film I was left in silence – it was very emotional and something that makes you think about things deeply, about people and their experiences or their suffering.”

Walid, who is in Cannes awaiting his film’s premier, said: “I was worried about working with children but Katherine put me and the rest of the crew at ease.

Mr Salhab uses his filmmaking projects as a way to make his lectures more interesting and up-to-date.

Speaking before going to Cannes he said: “My film-making is the basis for my own on-going research. It allows me to explore the use of new technology in filming and editing techniques which I can then feedback into my teaching.”

Mr Salhab said he chose to enter his film in the Artisan Festival International at the Festival de Cannes, without realising it would be seen by top industry representatives.

He said: “I thought the film was a good fit with the Artisan Festival International as the Festival’s theme is world peace. I initially entered it into this festival, not realising that it would be premiered in Cannes, so the result is a very pleasant surprise.

“It’s amazing that a short film which cost literally nothing to make, seems to be gaining recognition world-wide.”

The ten-minute film was shot on a shoe-string budget with the help of Walid’s students at Queen Margaret University.

It picked up the Award of Merit at the Best Shorts Competition in California.

The film is seen through Farah’s eyes and tells how a small act of kindness towards the desperate homeless man makes life seem brighter.