Sonia Ewens, a mother of a 19 year old killed after losing control of his car last year, does not want other families to suffer like hers has.

The aim of the initiative is to inform and educate youngsters by inviting them to view a powerful video interview with Mrs Ewens on digital or social media, asking them to leave comments. 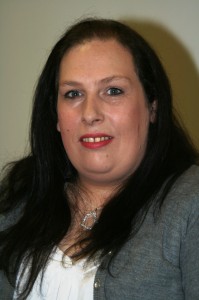 Sadly, as Mrs Ewens explains, her son Jamie was desperate to drive but his dyslexia scared him from sitting a test. He did not have a licence, the car was not insured and he wasn’t wearing a seatbelt.

Family life for the Ewens was immediately changed when Jamie died. Mrs Ewens wants to raise awareness of the dangers for young and inexperienced drivers when they are new in the driver’s seat.

In the online interview she says: “The message I am trying to put across to young ones is the consequences of their actions and the decisions that they make in their life could possibly prevent another family from going through what we are going through.

“Jamie lost his life at an extremely young age, he had his whole life ahead of him, but he is not here anymore, he is not the one that has to deal with this. Please just think about what you are doing on the roads and be safe, don’t make any drastic actions.”

Superintendent David McCulloch said: “I have seen too many people like Jamie killed on the roads in Fife because they were driving too fast or not wearing a seatbelt. Young and experienced drivers need to understand how dangerous cars can be. They need to treat the road, speed signs, other drivers and pedestrians all with respect.”

“I wish to thank Sonia for working with the police to help us educate and inform young and inexperienced drivers and how to stay safe on our roads. All too often I am called to fatal or serious road accidents which leave a devastating impact on the family and local communities.”