PATIENTS given a clot-busting drug within six hours of a stroke are more likely to make a better recovery than those who do not receive the treatment, new research has found.

The study of more than 3000 patients is the world’s largest ever trial of the drug rt-PA, which is given intravenously to patients who have suffered an acute ischemic stroke.

The international trial, led by the University of Edinburgh, found that following treatment with the drug, more stroke survivors were able to look after themselves. 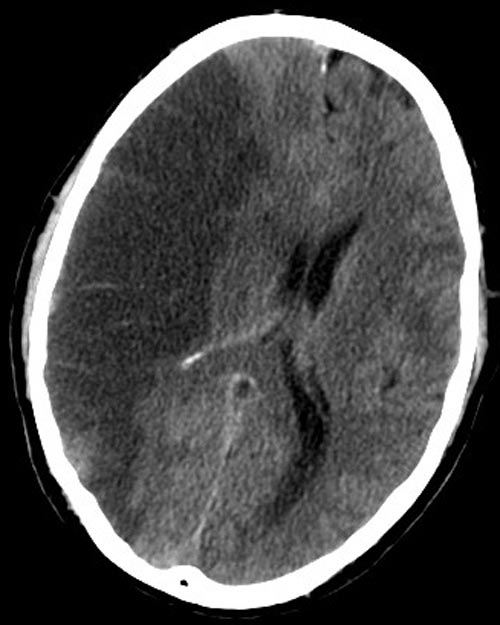 A patient’s chances of making a complete recovery within six months of a stroke were also increased.

An ischaemic stroke happens when the brain’s blood supply is interrupted by a blood clot. The damage caused can be permanent or fatal. Stroke symptoms include paralysis down one side and speech problems.

Researchers now know that for every 1000 patients given rt-PA within three hours of stroke, 80 more will survive and live without help from others than if they had not been given the drug.

The benefits of using rt-PA do come at a price, say researchers. Patients are at risk of death within seven days of treatment because the drug can cause a secondary bleed in the brain.

The research team concluded that the benefits were seen in a wide variety of patients, despite the risks.

Stroke experts stress that these mortality figures need to be taken in context of deaths from stroke. Without treatment, one third of people who suffer a stroke die, with another third left permanently dependent and disabled.

Researchers say that because of the threat of death and disability, many stroke patients are prepared to take the early risks of being treated with rt-PA to avoid being disabled.

The authors conclude that for those who do not experience bleeding, the drug improves patients’ longer term recovery.

About half of those who took part in the trial were aged over 80.

The trial underlines the benefits of treating patients with the drug as soon as possible and justifies extending treatment to those aged 80 and over.

The study also found no reason to restrict use of rt-PA – also known as alteplase – on the basis of how severe a patient’s stroke has been.

The findings of the study are published today (Wed, 23 May) in The Lancet alongside an analysis of all other trials of the drug that have been carried out in the past 20 years.

The clot-busting drug is widely used to treat heart attacks. It has been tested in cases of ischaemic stroke since the 1990s. In 2002, rt-PA was given an EU licence on the condition it was used on patients under 80, within three hours of them having an ischaemic stroke.

Since 2002, research has found that patients under 80 benefited from rt-PA when they were treated within four-and-a-half-hours of a stroke.

The latest study sought to establish whether treatment with rt-PA was as effective in the over 80s as it is in younger people, up to six hours after a stroke.

Chief investigator Professor Peter Sandercock of the University of Edinburgh’s Centre for Clinical Brain Sciences said: “Our trial shows that it is crucial that treatment is given as fast as possible to all suitable patients.”

Professor Joanna Wardlaw, IST-3 Imaging Lead, of the University of Edinburgh’s Centre for Clinical Brain Sciences led the review of all trial data. She said that the results from the 12 completed trials testing intravenous rt-PA given up to six hours after stroke were very consistent.

Professor Wardlaw continued: “We have looked at data from more than 7000 stroke patients worldwide. What we see is that the drug increases patients’ longer term recovery. But we need to find out why some people bleed and how to reduce this to increase the effectiveness of clot busting treatment.”

The multi-centre, randomised trial was supported by the University of Edinburgh, the Stroke Association UK, the Medical Research Council, EME, the Health Foundation UK and NHS Lothian Health Board.