A SCOTS lawyer is to travel 4000 miles to help in the running of a tiny tropical island.

John MacRitchie will travel from Dundee to the tiny British-run island of Saint Helena in the South Atlantic Ocean next month.

He will take on a large number of roles within his new job including, amongst others, Chief Coroner, Registrar of the Lands and President of the Media Standard Commission on the island, which has just 4,255 residents. 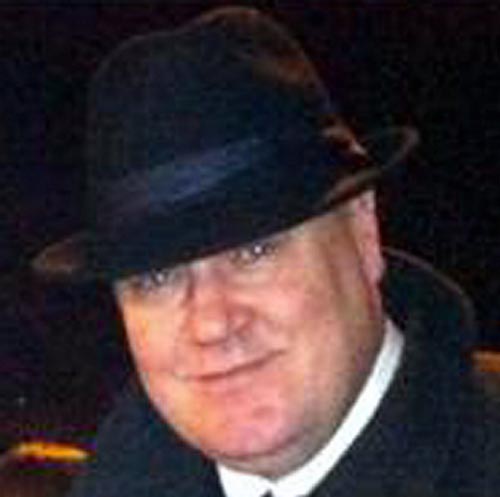 SOUTH ATLAWNTIC – John McRitchie will be running the island.

His family will be able to join him for holidays – but only once an airport is built on the island.

Mt MacRichie has been approved for the role by the Governor of St Helena, Ascension and Tristan da Cunha.

The Aberdeen university graduate  said he was  looking forward to taking up his new position.

He said: “It is challenging role and a great honour to the Scottish legal profession for me to be appointed the first ever Chief Magistrate and to hold such other important office in St Helena.

“An airport is in the process of being built and with the increase in resident workers and then tourists it is likely that St Helena has a great deal to look forward to in the next few years and I am excited to be part of that.”

After qualifying as a lawyer in 1986, John has developed his career throughout the years, becoming a senior court partner with a law firm in Peterhead, followed by a solicitor in the supreme courts before going on to establish his own firm, John MacRitchie & Co. SSC, in 1997 after becoming an advocate in Aberdeen.

In Scotland he is widely recognised thanks to his successful defence in the famous Worlds End murder trial – considered to be the largest case in Scottish Legal history with over 30,000 witness statements – which led to an overturn in the double jeopardy law.

His new island home St. Helena, despite being British territory, is over 4000 miles from the British mainland and covers a landmass of around forty-seven square miles in the South Atlantic ocean.

Around a quarter of the island’s population live in its capital, Jamestown,  and its economy mainly relies on offshore employment, agriculture, fishing and more recently tourism, set to increase even further with the construction of the new airport.

St Helena is probably most famously known as Napoleon’s island exile after his defeat in the Battle of Waterloo in 1815, where he remained until his death in 1821.