LESS than two weeks after a plaque was put on display in Bathgate acknowledging the groundbreaking work of James ‘Parafinn’ Young, thieves have ripped it from the wall.

The blue and white 3kg aluminium plaque screwed to the wall of the Bennie Museum on Mansefield Street was presented by the Royal Society of Chemistry in honour of James Young, a Scottish chemist.

Young was behind the origins of the major shale oil industry in West Lothian. 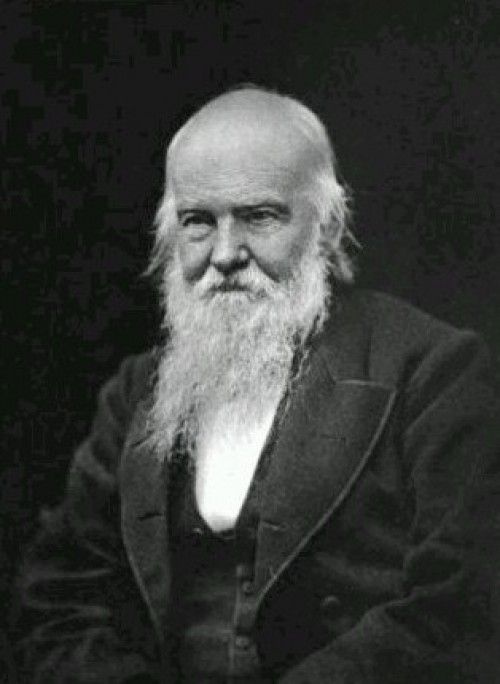 He discovered that paraffin oil could be distilled from cannel coal which lead to the first commercial production of it in 1850.

The museum curator Bill Millan says that shame has been brought upon Bathgate.

“We were very proud to host the unveiling of the plaque and now we feel a sense of shame.

The plaque was pulled from the wall between 4pm on Saturday and 3pm on Sunday.

“James Young was the first real oil man. He produced the first viable oil in 1851, beating the Americans by a good nine years.

“We are very upset by it all. Our building is very modest and the plaque lifted the building to a different level of importance.

“It was something that would catch people’s eyes and also bring more visitors to the town.

“We just hope the original can be recovered and needless to say if anyone knows anything about it then we would like them to get in touch with the museum.” 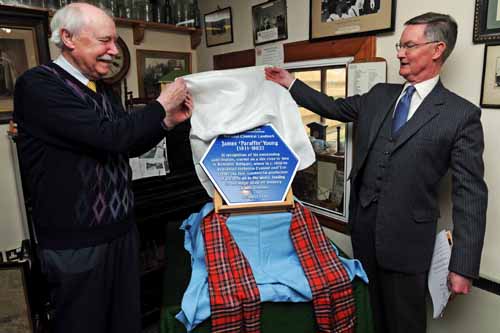 Alex Smith, who worked in the mine, unveils the  plaque with Ian Blackley

Mr Blackley said at the unveiling: “This reminds us that important scientific breakthroughs can have a lasting legacy for many generations.”

Professor Yellowlees is disappointed by what has happened, she said: “This is awful news and very sad,

“All those that were involved with the museum gaining the plaque must be devastated too.

“I hope the police either find out who was responsible for the theft or that the thief or thieves have the decency to return the plaque.”

The museum will try to get a replacement but Mr Millan said: “They don’t give out these plaques lightly. They could have given this plaque to any of the West Lothian communities but they have it to Bathgate as this is where it all started.”

The plaque is not worth a lot of money so it is not undertstood why it has been taken. The theft is being investigated by Lothian and Borders Police, a spokesman said:

“Anyone who was in the area and noticed any suspicious activity, or who has any other information that can assist us in returning the plaque to the museum, should contact Lothian and Borders Plice on 0131 555 111.”