ANDY Murray should force his mum to stay at home if he wants to clinch his first grand slam title, claims a top behavioural expert.

Yeoman, who has also worked with the SFA, claims Andy is still affected by his parents divorce and his mother’s presence at high-pressure tournaments stirs negative emotions associated with the split. 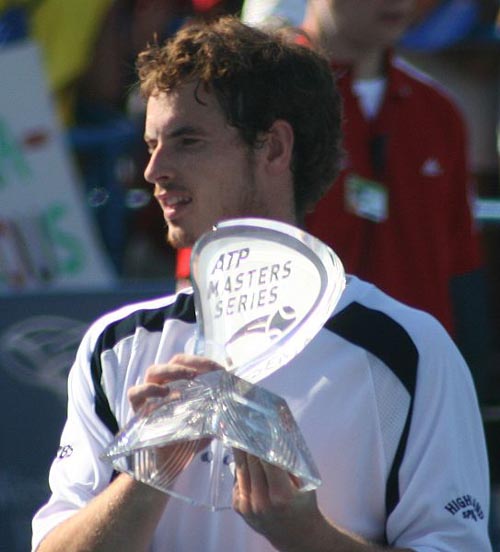 Mr Yeoman believe’s Andy could win – if he banishes his mum from court  Photo:Bardya

Yeoman said: “Let me say first of all that I am a huge fan of Andy Murray and I have huge admiration for his skills and his phenomenal rise up the rankings.

“But I often wonder, how much inner conflict at an unconscious level did this separation have – and still may have – on Andy?

“Judy Murray has been a tremendous coach, mentor and mother but I would suggest he considers asking her to stay away from the tennis courts and the media and let’s see if, within a year, he wins a Grand Slam event. A negative emotion from the past, held in the present, is the reason why all the positive thinking will never work. It’s not our conscious mind that creates our reality but our subconscious beliefs.”

Andy Murray’s parents separated when he was nine years old and divorced in 2005.

Mr Yeoman said: “When Murray looks up to see his mother in the family members’ seating area, what deep emotions are triggered that may affect the mind-body connection? What needs to happen to release the handbrake that will produce the desired state for the ultimate prize?”

The 25-year-old currently holds the number four world ranking but has lost out in three Grand Slam finals, including the Australian Open last year.

The world number two, Spaniard Rafael Nadal, recently claimed that Murray would reach the top of the rankings by improving his mental approach to the big matches.

Mr Yeoman asserts that Murray’s defeat at the hands of Nadal in last year’s Wimbledon semi-final could have been down to his mother.

He said: “Before the match, Judy Murray predicted it would be a ‘tough game’ and said ‘we will have to serve well’. This begs the question: who had to serve well? Who was playing the tennis on the court? Andy or his mother?”

But Murray has previously claimed that his parents’ separation was the catalyst for his meteoric rise to tennis superstardom.

In an interview five years ago, he said: “When I was younger and went on court, and was away from the arguments my parents were having, I could just go out and play.”

And last year he said Judy did not interfere in his professional life.

He said: “Ninety-nine per cent of the time she speaks to me like anyone’s mum would. And then there are times when I decide I want to talk to her about tennis, about the guys I’m working [with], about how I’m feeling. And she’s there to listen and understand.

“A lot of people I’m sure might find that difficult to understand but she knows me well. She knows when to speak to me, when to be positive, when to tell me off and explain things to me.”