MICHELLE Mone has hit out at an “idiot” Twitter user who accused her of timing a cancer scare story to publicise a product launch.

The bra tycoon launched her self-tan range in Glasgow last Tuesday, the same day news of her surgery to remove a mole on her shoulder hit the press.

A relieved Mone  then revealed on Friday that she had been given the all-clear. 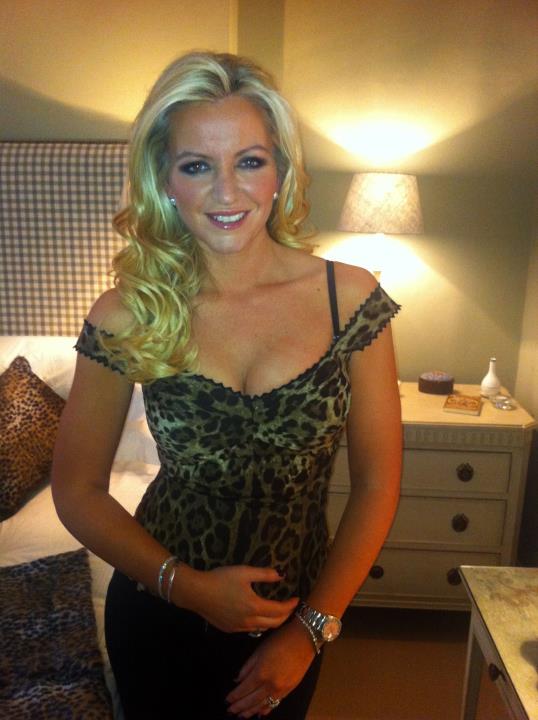 One Twitter user, @LBEATON126, tweeted @MichelleMone:  “Suspicious ‘cancer scare’ same day as self tanning launched!!! I’ve had cancer and you’re an idiot talking about a “scare” that never was!”

An outraged Mone hit back that planning for the launch of UTan had been going on for years.

“Disagree and I’d say you’re the idiot for not checking out the facts,” tweeted Mone.

“I did have a skin cancer mole, had operation last week to remove. Stitches out and result; now clear. UTan launch planned 3 years ago, cancer mole found 7 weeks ago.”

Undeterred, @LBEATON126 wrote: “You had a mole. NOT cancer. Glad you never had cancer wouldn’t wish on anyone. Timing is dubious.”

Mone hit back: “Once again you’re incorrect. My biopsy results showed it was a skin cancer mole so had surgery. Thanks for your reply.”

Another user, calling himself @gazphilp, also took Mone to task, tweeting her: “Coincidence telling folk not to use sunbeds, suspect cancerous mole and release of tan product? Used to have respect 4u.”

The attack on the underwear tycoon prompted a number of her 122,000 folowers to leap to her defence, including some former cancer sufferers.

@hayjt wrote: “What an ignorant idiot that woman is! You’re an inspiration Michelle.”

@ClaireAnnRuth posted a link to a quote advising Michelle: “Someone who hates you normally hates you for one of three reasons: They either see you as a threat, they hate themselves or they want to be you.”

@ontha B0MBSHELL simply wrote “Shameful”, to which an unrepentant @LBEATON126 responded: “Yes she is. Never anything wrong with her end of.”

Sporting a large plaster on her shoulder, she said that she was now terrified of the damage that sunbathing and using sunbeds could do to the skin.

The range consists of products including various shades of self-tan, a gradual tanner, and a wash-off shimmer tan.

The mother of three, who separated from her husband, Michael, at the end of last year, first had a mole removed in March.

It is understood that subsequent tests confirmed the growth was cancerous. But doctors at the private Rosshall Hospital in Glasgow were able to remove all of it.

Scots have the highest incidence of malignant melanomas in the whole of the UK and the number of Teenagers and young adults being diagnosed with the killer condition has more than tripled since the 1970s.

Every week at least two Scots aged between 15 and 34 are diagnosed with skin cancer.