The taxi driver had planned to marry fiancée, and mother of his two young children, at his local community club on Saturday evening, months after being diagnosed with terminal bone cancer. 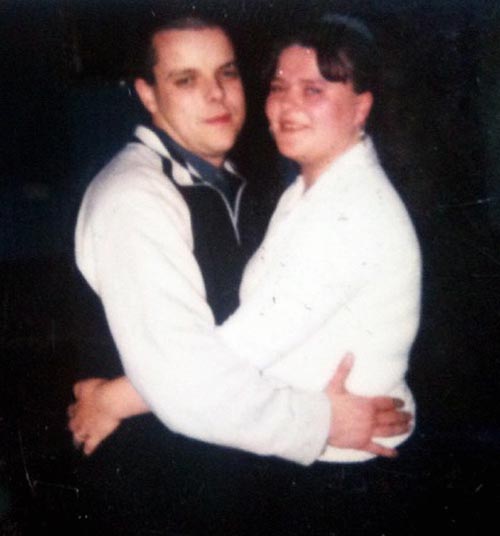 Iain died before he could be legally married to Kerryanne

On the morning of the ceremony Mr Chandler was so ill it was decided he should be transferred to Victoria Hospital, where the ceremony would be carried out.

Rev Lis Stenhouse, of St Serf’s Church, rushed to the couple’s home where close family members watched the couple exchange rings, but tragically Mr Chandler passed away before being able to say “I do,” – meaning the marriage was not legal.

Mr Chandler, who has two children with Kerryanne – Katelyn (8), and three-year-old Scott, who had required considerable treatment to fight increasing pain, tragically passing away at 6.30pm.

Kerryanne, 27, who met Iain 10 years ago when they both worked at a bus firm, said: “He was diagnosed on February 24th and it came as a massive shock to us as he had always seemed so healthy.

“He was always running about, loved football and going on holiday.”

She added: “After he was diagnosed he said it was his dying wish to get married to me.

“He seemed OK the day before the wedding, apart from complaining about having a sore neck.

“The next day, the morning of the wedding, he could hardly move his head as his neck was so sore.

“The reverend came to our house. We managed to exchange rings but he was in so much pain that the doctor gave him an injection and he fell asleep.

“The reverend was waiting for him to wake up so he could say ‘I do’ and put a cross over him.

“He did wake up for a moment but he couldn’t say anything – he never said ‘I do’.”

Kerryanne described Iain as “an amazing man and brilliant with the kids”.

“He liked a good joke and was a great father. If I’m honest I am still in complete shock,” she said.

The taxi driver and former bus driver, who worked at the now defunct Gang Forth bus company, was a keen local fundraiser who loved to spend time with his young family.

Mr Chandler was fondly nicknamed “the bairn” by colleagues and was known to the community for his generous and supportive personality.

Kerryanne also left an emotional tribute to her fiancé on Facebook yesterday morning, writing: “R.I.P Baby lost of love from Kerryanne and Katelyn and Scott we will always love you.” 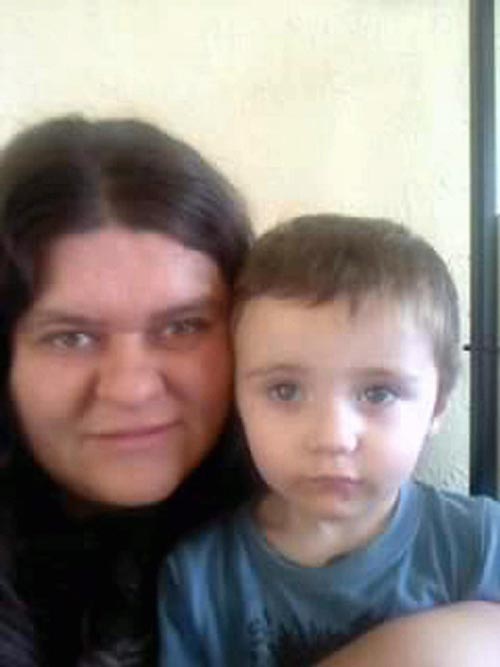 Kerryanne has been left to care for the couple’s children, including son Scott

Bob Thomson, development manager at the Royal Oak, where the couple had been due to wed, and friend of the family, said: “Iain was an avid fundraiser and it is very tragic. He said it was his dying wish to get married.

“The reverend tried to get down there quickly after she heard and they got as far as swapping the rings, but unfortunately he was too weak to say “I do”.

“He was a very popular man and loved doing things with his family. He was only diagnosed a few months ago.”

“Iain and Kerryanne were very popular people at the Royal Oak and we were all hoping that he would be able to come to the club to be married on Saturday night,” he said.

“We had also planned to have a big fundraising evening to follow the ceremony to raise cash to help the couple and their two children but Iain’s health just deteriorated so quickly on Saturday.”

“The thing was that Iain’s daughter Katelyne had carried out a sponsored walk across the Forth Road Bridge on Wednesday to start the fundraising venture and raised £400 and we were hoping to add a considerable amount to that.

“When the sad news came through about Iain’s death we wondered if we should cancel the event but it was generally thought that Iain would have wanted the evening to go ahead and we are hoping to raise upwards of £1000 to help the family.”

He added, “There were a lot of generous donations on the night including Rev Stenhouse who made a donation on behalf of St Serf’s. It was a strange sort of event but everyone was convinced Ian would have wanted it to go ahead and we are now hoping to organise a remembrance event every May.”

She confirmed: “The couple were never married.”

“I was called to the house because Iain took ill but he never gained consciousness,” she added.

“I sat by his bed, as did everybody else, but he never woke up. It is very very sad for such a young couple, with a young family.

“It is terribly tragic.

“I will be doing the funeral next week and we are holding them in our prayers and thoughts.”

More than 100 guests are expected to attend a funeral for Ian which will take place next Wednesday at 3pm at Kirkcaldy crematorium.