THOUSANDS of Glaswegians will be sent to “charm school” in preparation for the 2014 Commonwealth Games.

Up to 10,000 Glaswegians, from waitresses to taxi drivers, are to be sent on a one-day course where they will be taught how to speak properly, project positive body language and maintain eye contact while talking to visitors to the summer games.

The ‘Glasgow Welcomes’ class will cost £25 per person and is based on principles created by the Walt Disney Company, including treating customers like “guests” and treating every business “like showbusiness”. 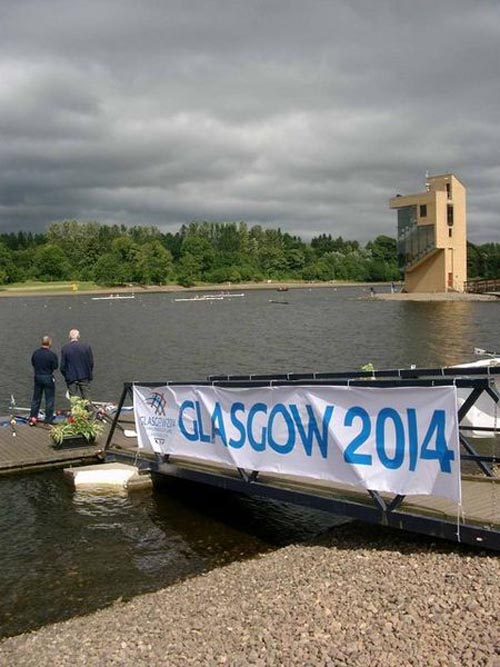 Glasgow will host the Commonwealth Games in 2014.

Over the next two years the American-style course aims to train thousands of Glaswegian workers to be polite, helpful and charming to tourists.

The classes will include tutorials on accepting compliments gracefully, advice on how to remember customer’s names and how to offer tips about tourist hotspots.

Participants will also have to complete a quiz about Glasgow, make pledges on how they can improve their behaviour in the future, and will be asked to sign off contact with an American-style “enjoy the rest of the day”.

The project is a joint programme between VisitScotland and the Glasgow Tourism Service Initiative (GTSI).

Project manager of GTSI, Stella Callaghan, said: “The natural friendliness of Glaswegians can be a positive part of visitors’ experience to Glasgow. What we’re trying to do is put a polish on that and encourage professional service as well. We are in competition with a lot of excellent destinations worldwide so we have to raise our game to give Glasgow the competitive edge.”

Lynn Norwood, head of people development at facilities firm Cordia, which has put more than 300 staff through the course so far, explained: “It’s about putting the customer first, listening to what they’re saying and giving information that will help them.”

Pupils are encouraged to expand their knowledge of the city as well as presenting themselves positively.

“Body language is very important,” said Callaghan. “It’s about smiling, standing in a positive posture, not slouching but standing up straight, being confident, and maintaining eye contact.”

She said pupils on the course were also taught how to accept compliments. “Scottish people can be quite reticent and quite often they don’t know how to accept a good compliment so we teach them to thank someone for a compliment with confidence and to chat with them in a positive way.”

They are also required to make personal pledges, such as “I will learn more about the Glasgow Botanic Gardens” or “I will smile more often”, and answer a quiz with questions such as “who was Charles Rennie Mackintosh?” and “when will the Commonwealth Games take place in Glasgow?”

However, the organisers stress they won’t seek to change the accents of Glaswegians on the course. “We don’t get them to change their accent,” said Isobel Aitken, one of the training facilitators with Cordia. “But we do want them to speak properly.”

Not everyone is convinced of the benefits of the course.

Glasgow-based comedian Greg Hemphill, one half of TV duo Chewin’ The Fat, said: “I’m sure their initiative is well intentioned but I do think Glaswegians have a natural charm and if you polish off those edges too much you’re left with somebody from Edinburgh.”

Glasgow comedian Janey Godley said: “I was in the service industry for 15 years in a bar and I knew how to talk to people. Glaswegians are basically very chatty, straight-up people. We don’t need to be taught how to shake hands and make eye contact.”

Glaswegian restaurateur and TV chef John Quigley, whose restaurant Red Onion has played host to Hollywood actors such as Halle Berry and George Clooney, said: “I went to one initially to get the lie of the land but decided it wasn’t for us. We don’t employ people who don’t have service skills for a start, and I give them my own training so they have our own sense of style as a restaurant.

“However, if I was one of the big attractions I would consider it. Unfortunately a lot of service staff in Glasgow do need trained. It’s one of the few successful industries in the city and we have to do as much as possible to create a positive image for Glasgow.”