THOUSANDS of women are struggling with hair loss after using beauty regimes made famous by celebrities.

Hair extensions and highlights are just two of the beauty rituals which have been causing women across the country to suffer from hair loss known as issues such as bald patches and the premature thinning of hair.

Made famous by the likes of reality TV stars, wearing hair extensions for long periods of time, can lead to a condition known as traction alopecia – where the hair is weakened due to prolonged tension meaning that women are literally tearing their hair out to get the latest celebrity hair styles. 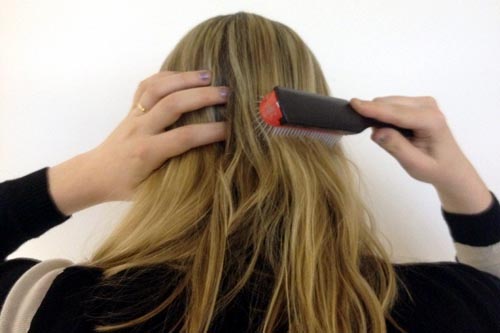 Extentions and highlights are both damaging to hair

Glamour model Katie Price and super model Naomi Campbell are both said to have suffered from hair loss due to traction alopecia. Most recently Jessica Wright, star of TV show The Only Way Is Essex was criticised for having thinning locks which has constantly been attributed to the heavy hair extensions she wears on a day to day basis.

Lucas Sojka, Director of Hair Solved, a female hair loss clinic in Glasgow, suggests that they are seeing a rise in the number of young girls and women suffering from this type of hair loss – not realising that in their quest for thick hair they are actually making their hair thinner.

He said: “Hair extensions and the constant dying of hair can have real damaging effects for women.

“It is understandable that people like to look good and want to try out the latest celebrity hair and beauty trend. However when you see stars like Jessica and the obvious affects her extensions have had on her scalp, this should be enough of a warning to not wear them constantly.

“We see and treat thousands of women each year for a variety of reasons and increasingly we are seeing the effects of beauty regimes becoming a major reason for female hair loss.

“What is most alarming about traction alopecia is that rather than stopping using the hair extensions, most women choose to wear their hair extensions even more, putting even more pressure on the hair, which could lead to more permanent hair loss.

“The key thing to allow the hair to recover from this type of hair loss is early diagnosis and if identified early the hair loss is usually reversible – which is good news for those who already wear extensions.”