A SCOTS MSP has  welcomed a ruling by the Public Standards Commissioner for Scotland that a complaint about him by US tycoon Donald Trump is ‘irrelevant and inadmissable’.

Following Mr Trump’s appearance at the Scottish Parliament in April – in which he claimed he was ‘the evidence’ against wind power – Patrick Harvie, Green MSP for Glasgow, posted a tongue-in-cheek image on Twitter using a still from the Monty Python film The Life of Brian.

This prompted a complaint to the standards commissioner by Mr Trump and his right-hand man George Sorial, who described the humourous tweet as ‘offensive’ and ‘blasphemous’. 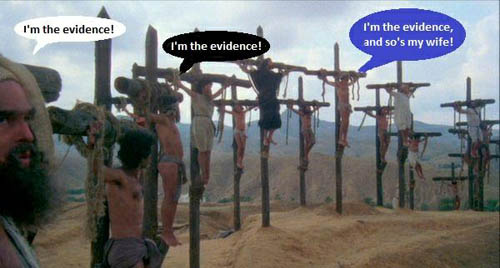 Mr Harvie said: “As I said when I heard Mr Trump had apparently taken offence at my tweet, I never expected the Spanish Inquisition. Fortunately the Commissioner has spared me the horror of the comfy chair.

“Trump seems to make a living from insulting behaviour. Just look at the way he has bullied the people on the Menie estate, describing their homes as slums.

“He seems to have an ego of messianic proportions. With this ruling from the commissioner we can all see that, as Brian’s mum might have said, Trump is not the Messiah, he’s a very naughty boy.

“Scotland is on an important journey to a low carbon future. We must not be put off by a millionaire with a megaphone.”