A JAPANESE princess will travel to Scotland to study fine arts at a top university later this year.

Princess Mako of Akishino, who is famous throughout the Far East, will study at Edinburgh University from September.

The 20-year-old, a great granddaughter of Emperor Hirohito, is leaving the International Christian University in Tokyo as an exchange student. 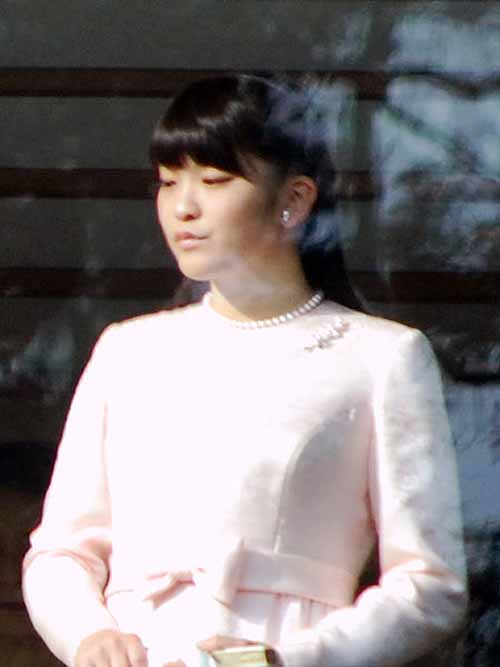 Students and staff at the university said she would be given a warm welcome, and her stay is expected to last until May.

Ewan Leaver, president of Edinburgh University’s Japan Society, said her visit would be an honour for the university.

He said: “It’s pretty amazing, I had ehard a rumour about it some weeks ago. What an honour for the university to be to be chosen by such a notable royal.

“Our society has over 50 members and we meet every Wednesday in the Ale House on Clerk Street. Princess mako will be made more than welcome if she wishes to attend.

“We get a lot of students coming to the university from Japan who wish to sample Scottish life and culture.

“It would be an honour to show her the sights.”

It is not currently known where the princess will stay, but while studying at University College Dublin she stayed with a local family and in a dormitory.

The royal is reported to have been interested in studying abroad for some time.

Dr Ian Astley, a senior lecturer in Japanese at the University, said he was sure other students would greet her warmly.

He said: “We have about 25 students studying Japanese at the University each year.

“It’s a very popular course and there are many people who understand Japanese so she’ll have plenty of people to speak with.

“The Japanese people admire their royal family but not to the extent of our own. They would never hold a two-day jubilee event.

“These days the royal family are purely symbolic and have ceased to serve an executive constitutional function since after the Second World War.”

Princess Mako is not the first member of the Imperial family to study at the university.

She had a bodyguard during her stay, but stayed with a local family.

It is not known if Princess Mako, the eldest daughter of Prince Akishino, will have guards or police protection during her stay.

The Princess has also stayed briefly stayed in Austria while at school.

In January she joined current Emperor Akihito as he gave his New Year’s greetings at the Imperial Palace, in front of 70,000 well-wishers.

An image of her in a school uniform has become iconic online.