A TEENAGE girl battling for life after being swept into the sea was hit by a monster wave as she tried to rescue her friend.

Brave Katie MacLean desperately tried to pull her pal Tempany Sylvester to safety after she was knocked off a harbour wall by 20ft seas.

But Katie, 14, was herself swept into the water off Eyemouth harbour, Berwickshire, and knocked unconscious. 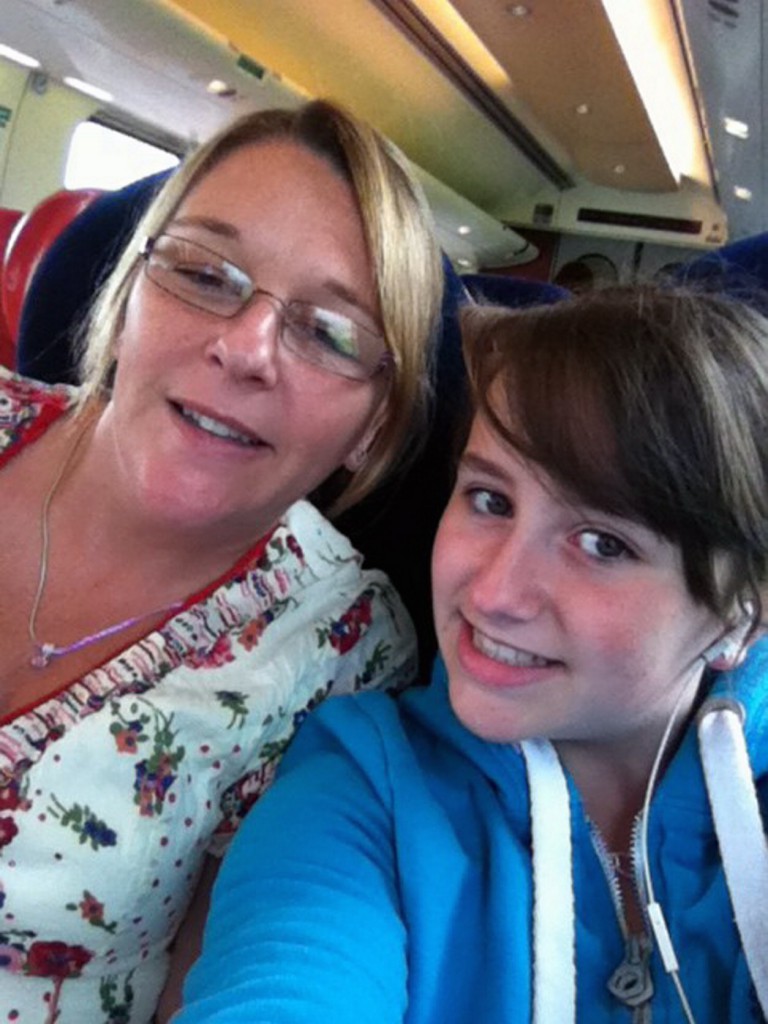 Katie, pictured with her mum, tried to save friend Tempany before being swept into the sea herself

And while Tempany, 13, was quickly hauled to safety by brave members of the public, Katie may have been face down in the water for up to 20 minutes.

Today, the Coastguard officer who gave Katie CPR before she was airlifted to hospital,  revealed she was in a critical condition and had been moved to a children’s hospital.

The drama unfolded on Monday afternoon as the friends played a game of wave-dodging on the harbour wall. 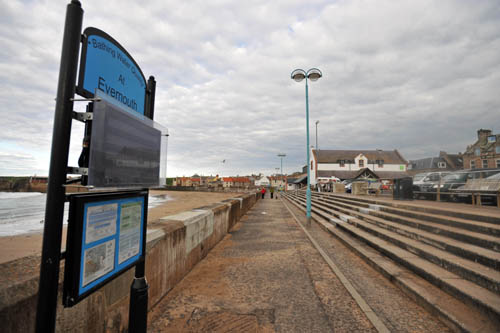 Norman Richardson, 53, who took part in the rescue, confirmed that Tempany had gone in to the water first and Katie had tried to help her.

The Coastguard officer said: “Katie was leaning out from the wall trying to reach Tempany who had fallen in first.

“A swell then struck and washed Katie off the wall where she was dragged under water while trying to save her friend.” 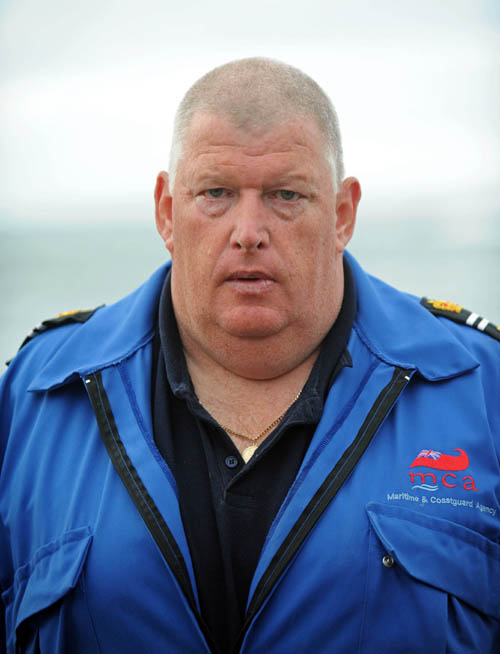 “Tempany isn’t ready to talk about what happened but we are waiting for a visit from the police later on today.

“We are all very shaken up. Tempany is OK but she still has cuts, bruises and scrapes and we are all just waiting to hear about Katie now.” 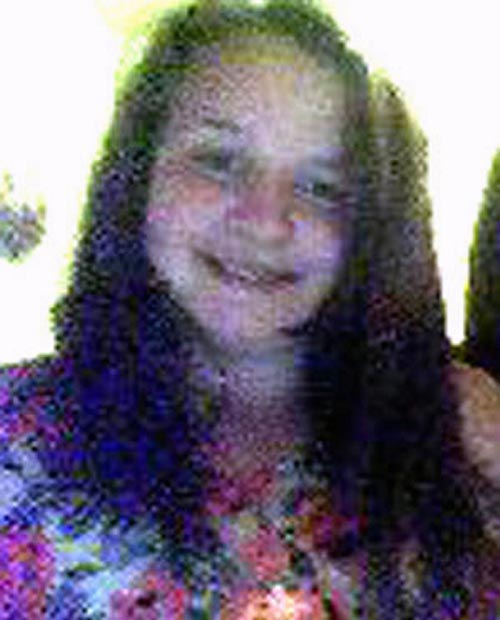 Tempany was pulled from the water by members of the public

Referring to Katie she said: “We have heard she is due to come round today and we just hope she is alright.”

She added: “My daughter was the first one out the water and I really want to say thankyou to everyone who was involved in the rescue.

“One woman, Charlene McCulloch, was down at the beach with her son and she was first in the water to pull my daughter out, and I am so thankful to her. 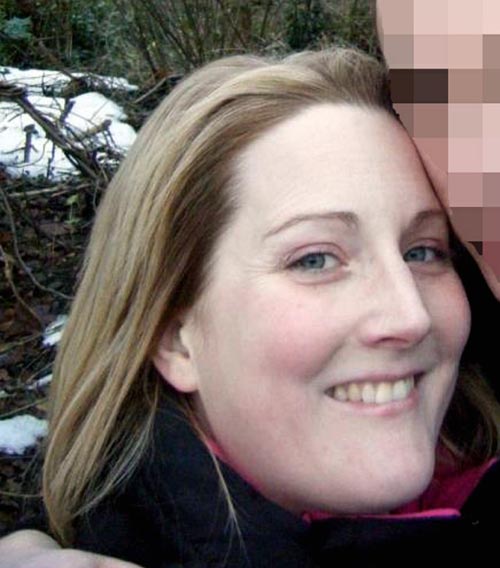 Charlene McCulloch ran to the girls’ aid, despite being unable to swim

“Children play down there all the time and it was such a shock when I heard.

“There was lots of people involved in the rescue. It was terrible as there should have been ropes or life buoys but I heard some people had to use dog leads to try to help.

“I am so glad that my daughter was pulled out. Yesterday still seems like a bit of a blur but we know she’s going to be alright.

“We are just waiting to hear about Katie now.” 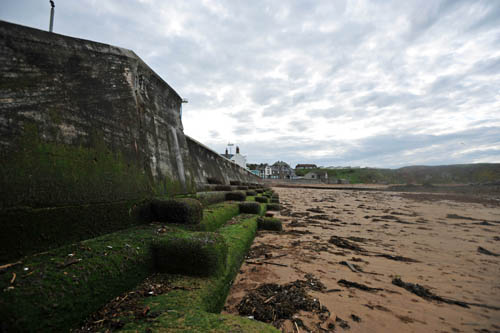 It emerged that Charlene was the first person to dash into the sea to rescue Tempany – despite not being able to swim.

Charlene’s cousin, “Ema”, tweeted: “props to my big cousin for rescuing a girl drowning in Eyemouth yesterday even though she can’t swim herself !! Luckily both are well 🙂 X”

Charlene, who became Facebook friends with Tempany this afternoon, declined to comment when approached at home. A member of her family said she wanted to find out the condition of Katie MacLean before speaking to the press.

Douglas Stewart, 43, who owns The Tavern, Eyemouth, was one of the first people who went into the water to try to save Katie. 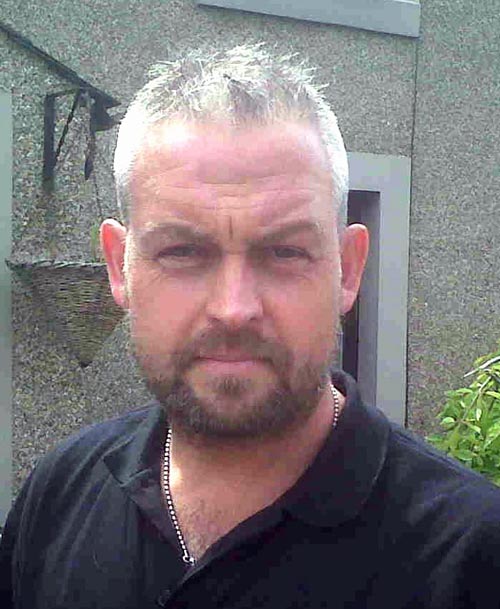 The lifeboat volunteer, with 11 years experience, said: “I was the first in the water after a local came in the pub.

“I went down to the sea front and went straight into the water and tried to swim towards the girl.

“I couldn’t reach Katie and I realised it was too dangerous for me to stay in the water unaided.”

He added: “I climbed out of the water and contacted my wife and she then contacted the police and the coastguard.

“She had gone into the water to rescue another girl who I think was her friend. 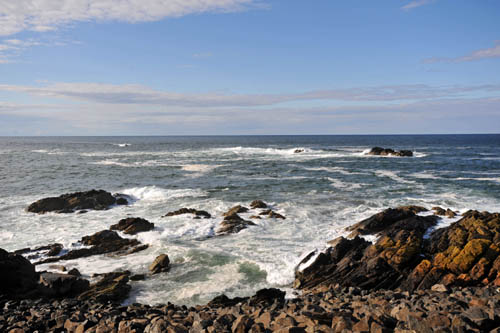 Waves of up to 20ft were reported

“Katie looked like a strong swimmer but she was fully dressed wearing a hooded jumper and it was weighing her down.

“She looked lifeless when she was pulled out of the water.

“The cops and the ambulance were on the scene within minutes.

“The public played a great part in helping Katie and were very determined.”

Mr Richardson added that Katie, after being flown to the Edinburgh Royal Infirmary, had this morning been transferred to the Royal Hospital for Sick Children in the city.

“She was moved to the Sick Kids at 9am today,” he said. “She’s still critical.”

NHS Lothian later confirmed that Katie is in a “critical but stable” condition. 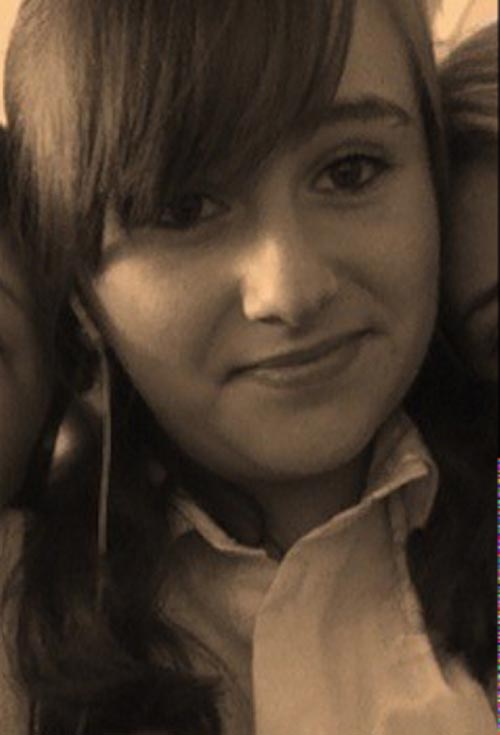 Katie remains in a critical condition in hospital

Both girls are members of the Eyemouth High School Glee Club. It is understood Katie moved with her family from Plymouth to Eyemouth only a few months ago.

Mr Richardson added  that  he and his colleagues had repeatedly warned local youngsters about the dangers of “wave dodging”.

“We have tried for years to stop the problem of wave dodging,” he said. “But we just don’t have the authority from either the police or the council.” 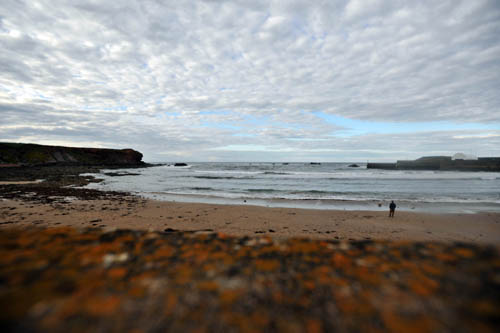 He added: “We have put signs up in the past that have asked members of the public to steer clear of the beach during bad weather conditions and they just walk right past them and ignore it.

“There’s only so much we can do. People have been doing it for years but it’s too dangerous and we just want to make sure people are safe – so we will continue to advise them as best we can.”

Friends of Katie have been passing on their best wishes via Twitter.

Knowing Katie is a huge fan of the band One Direction, schoolfriend Rachel Frater messaged singer Harry Styles asking him to wish her well.

She wrote: “@harry_styles a girl was swept into the sea yesterday and knocked unconscious. Can you wish @katiemaclean5 a quick recovery. Thanks.”

Other friends of Katie plan to visit her at hospital when they can to take along cards and other get-well gifts.

Got a story? Email us at [email protected]