The powerful film, titled ‘Them and Us’, highlights the very serious consequences of engaging in hate crime.

The storyline is a boy being put under peer pressure to avenge a sectarian attack on his girlfriend. He sets fire to the door of a house, not realising that there were occupants inside and is imprisoned for murder.

The film was written and produced by secondary schoolchildren from Bellshill Academy and Cardinal Newman High School in North Lanarkshire to deliver an anti-sectarian message to their peers across Scotland.

The two schools were selected for their ease of access to filming facilities at the Learning Centre, Bellshill and not for any links to hate crime issues (plus the prosecution service’s hate crime champion is a former pupil at the Academy). 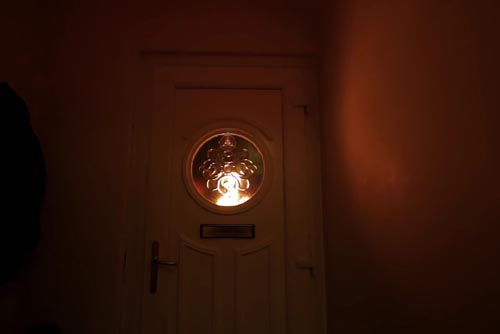 The Crown Office and Procurator Fiscal Service (COPFS) jointly funded the project with North Lanarkshire Council. Other criminal justice agencies – Strathclyde Police, the Scottish Court Service and the Scottish Prison Service provided props and locations for the film for free and Education Scotland visited the project and provided advice.

The film was premiered today at the Learning Centre, Bellshill and officially launched by First Minister, Alex Salmond who met with school pupils at the screening. He said: “Our aim is to eradicate the scourge of hate crime, sectarianism and bigotry in this country and we need to start with education, getting the message across to our young people that intolerance of others based on their religion, colour or creed is simply unacceptable in modern Scotland.

“That is why it is so exciting to see the young people of Bellshill Academy and Cardinal Newman High School seeking to educate their own peers about the terrible consequences that hate crime, bigotry and sectarianism can bring. 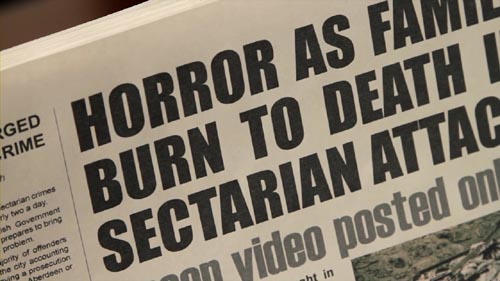 “The result is this powerful film – ‘Them and Us’ – which sends a crystal clear message to other young people in Scotland that hate crime and intolerance of any sort is offensive and will eventually lead them down a destructive path in life.

“This is just one of the fantastic projects going on in schools and communities across the country to help us eradicate hate crime, sectarianism and bigotry in Scotland and I congratulate the pupils involved in bringing it to fruition.”

The Lord Advocate, Frank Mulholland QC, also congratulated the school pupils and staff for their hard work in writing, filming and creating a powerful tool to educate and inform young people of all ages. He said: “Scotland’s prosecutors operate a zero tolerance of crimes motivated by hatred and bigotry and those committing such offences will be arrested and prosecuted. However I firmly believe that prosecution is a blunt tool.  It is vital that we speak to communities and young people to listen to their experiences of sectarianism and use these to help educate others about the corrosive nature of bigotry and intolerance. 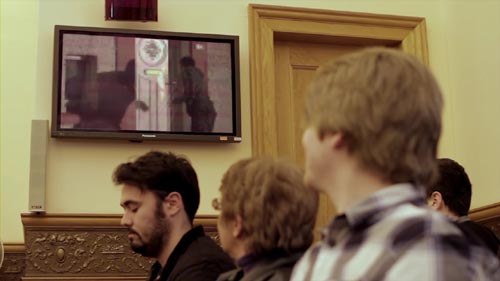 “It is unacceptable that victims are targeted solely because of their personal identity, their actual or perceived racial or ethnic origin, religion, sexual orientation or disability. Everyone in Scotland has a part to play in addressing all crimes of intolerance and hatred of whatever kind.

“I urge young people to challenge intolerance, even if you hear it from your parents or grandparents; know your own mind and tell them this is your Scotland too and you want it to be one where sectarianism and bigotry are a thing of the past.”

Jim Logue, Convener of Learning and Leisure Services, said: “It is important to highlight that sectarianism is not a major issue in our schools however we do accept that it is a concern and we are absolutely committed to taking steps to eradicate it from our community.

“The film was shot predominantly in Bellshill but it is intended to be used throughout Scotland as part of the fight against the scourge of bigotry and sectarianism. The partnership behind this film will not end now as teachers from both schools are currently working together to produce a package of learning and teaching materials which will support the use of the film in the classroom.

“With the DVD we are doing something here in North Lanarkshire, we are saying that bigotry has no place in our community and I could not be more delighted that our youngsters are saying it so clearly.”

“She’ll be looking down with that glowing smile.” Tragic Alesha’s mum thanks islanders for support