Illegal ‘No Overnight Parking’ signs to be removed from Scottish laybys

SCORES of “No Overnight Parking” signs are to be permanently removed from rural Scottish roadsides – after a Yorkshireman proved they are illegal.

Andy Strangeway complained the layby signs were unwelcoming and argued they had no legal basis.

Transport Scotland has now admitted the signs are not “authorised” and will be removed by August 31. 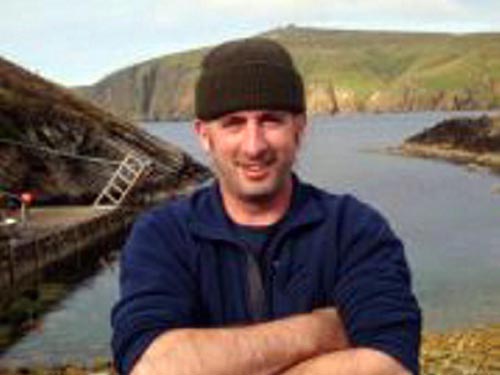 Andrew Strangeway is an environmental campaigner from North Yorkshire.

The signs were put up in the late 1990s with the intention of combating littering on rural Scottish roads.

But Mr Strangeway, an environmental campaigner, from Skipton, North Yorkshire, has spent the past nine months in a determined battle to have them removed.

He decided to take on the parking signs after becoming the first person to sleep on all 162 Scottish islands.

Reacting to the Transport Scotland climbdown, he said: “I started my campaign for the removal of the illegal No Overnight Parking signs across the Highlands on September 6 2011.

“Today I received notice from Transport Scotland that my campaign was successful.

“After a 10 month campaign taking on the machines of the Highland Council, the Northern Constabulary and Transport Scotland single-handed, it is just as well I was born in Yorkshire.

“I am delighted with this victory and I am sure it will make the Highlands a more welcoming place for visitors.”

The origin of the signs is a bit of a mystery, and it is not known who is responsible who erecting the signs.

“Although the signs were erected with good intentions in an attempt to encourage responsible use of the laybys, the proper processes were not followed to prohibit overnight parking.

“There is no traffic order in place nor is there any evidence non-prescribed signs were approved by Scottish ministers.

“The signs are not authorised and should be removed by August 31.”

Highland Council’s transport boss, Sam MacNaughton, said the signs had been erected in the 90s following complaints about litter and public-health issues.

Many laybys were used by overnight campers, some of whom treated them as unofficial, open-air toilets.

Northern Constabulary’s road policing unit advised they did not have any particular concerns regarding this type of activity and would only take action if they considered it to represent a road hazard.