TEACHERS have hit out at a Scottish Government “diktat” to introduce a compulsory question on Scottish literature into the Higher English exam.

The decision by education secretary Mike Russell, due to come into force in 2014, was dismissed as “nationalistic fervour” by Scotland’s largest teaching union.

The Educational Institute of Scotland (EIS) is now backing plans for  a campaign to have the move overturned. 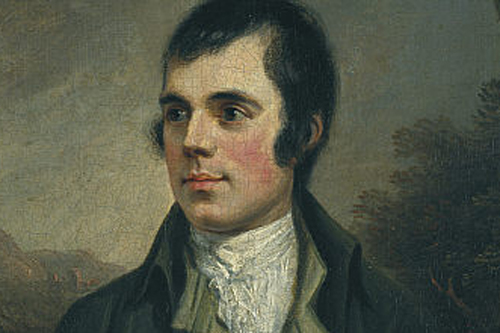 The EIS is angry at the decree that students will have to answer at least one question on a Scottish novel, play or poem because they say it was made without consulting them.

The move is designed to ensure that Scotland’s youth is more aware of the country’s literary tradition.

Writers which could have their works included in the syllabus include Robert Burns, Sir Walter Scott, Murial Spark and Scots Makar Liz Lochhead.

But at Saturday’s EIS annual General meeting in Dundee Allan Crosbie, from the Edinburgh branch of the union, said Russell was “true to form” in his failure to consult either the EIS or English teachers.

He said: “it is vital that our young people study texts from Scottish writers and on Scottish themes… but the problem with the diktat is that it will now be a requirement to answer an examination question on at least one of these texts.

“The diktat has flawed educational thinking at its heart and is completely contrary to the spirit of the new curriculum. The reason it is flawed is that it uses assessment as a control mechanism, rather than an assessment for learning.

“Rather than trusting teachers to be creative, risk-taking and autonomous in the way they select Scottish texts with and for the pupils in front of them, this diktat…has sought to impose a political direction on what is taught in our schools.”

Alan Janeczko (corr) from the East Dumbertonshire branch, said: “When I first saw this idea of compulsory texts, I thought it had nothing to do with education, but has more to do with someone in the Scottish Government being carried along on a wave of nationalistic fervour.”

He said he believed the move would bring no benefits. “I believe it is just another example of government meddling in educational matters, rather than leaving it to those that know what they are doing.”

But Andrew McNeil, from the Fife branch of the EIS, disagreed.

“There is a real danger [of] suggesting things that are not there. If I am correct, having a comulsary text does not limit what you can study.

“There is a powerful point of making our education much more rooted to our cultural routes. Much of our culture is a literary culture and it is not being taught, and there needs to be much change because there are huge gaps in what we know of ourselves.”

They claimed that compulsory study of Scottish writers was needed to ensure modern youngsters did not remain ignorant of their own culture.

The letter said: “if our children are to develop an appreciation of Scotland’s vibrant literary and linguistic heritage…course guidelines must require the study and assessment of a wide range of texts across the whole of ou linguistic heritage, including texts in Scots. In the examination system there should be a minimum mandatory Scottish literature element at every level.”

The EIS tabled a motion at the annual general meeting to direct their ruling council to petition the Scottish Government to have the mandate reversed.

Rankin’s old school in “pioneering” £90,000 bid to crack down on troublesome pupils