HARRY Potter fans will be able to walk in author JK Rowling’s footsteps when a new tour launches later this year.

The Potter Trail will take devotees on a sour of sites that inspired Rowling as she wrote her best-selling series.

It follows on from similar literary tours dedicated to Trainspotting by Irvine Welsh and the Rebus series by Ian Rankin. 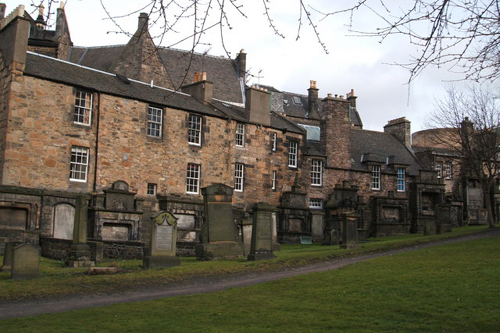 Although the tour, which will be launched at this year’s Fringe, has not been endorsed by Rowling or film-makers Warner Bros, the 90-minute tour claims to take visitors to key locations which ended up in the books.

Tour guide Stuart Young has even vowed to dress in a wizard’s cape.

Tourists will be taken into Greyfriar’s Kirkyard to view the grave of father and son Thomas Riddell – said to be the inspiration for Lord Voldemort’s ancestors and known in the books as the scene of the rebirth of the world’s most evil wizard.

Also buried in the cemetery is poet William Topaz McGonagall, who lent his surname to strict Scottish teacher Minerva McGonagall.

Around the corner, visitors will be taken to the inspiration for Hogwarts School of Witchcraft and Wizardry, George Heriot’s School, while magical shopping street Diagon Alley is, in reality, nearby Victoria Street. 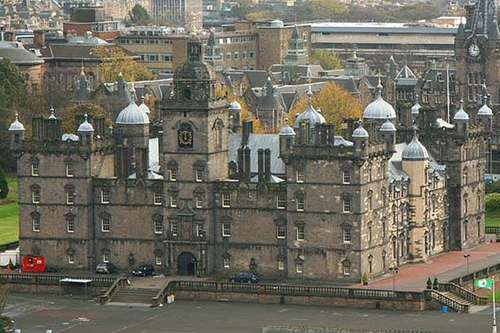 The tour will also take in two cafes where the author sat to pen her debut book, The Elephant House and the former Nicholson’s Cafe.

Mr Young, who previously ran one of the city’s infamous ghost tours, organised the tour to raise awareness of Edinburgh’s status as “World city of literature”, which was conferred in 2004.

He said: “I’ve always thought there was a gap in the market for Harry Potter fans. Although Harry Potter is often mentioned on other tours, there’s never been a tour dedicated to the books.

“Despite Rowling writing many of her books in Edinburgh, Potter devotees are not well catered for, with only a couple of cafes espousing their connections. 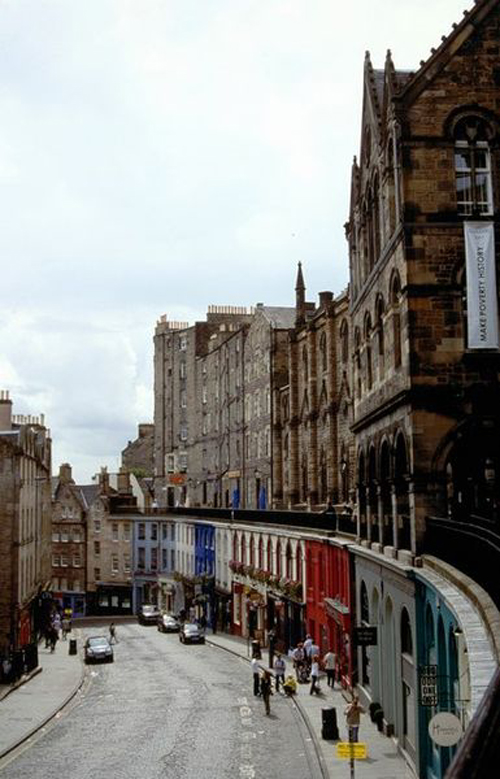 Victoria Street was turned into Diagon Alley for the books  Photo:Derek Harper

“I hope to change that with a comprehensive tour covering all the important sites, with an entertaining and interactive style.”

The tour will also make mention of the city’s real life witches and wizards, many of whom were killed.

Peggy Hughes, of the Edinburgh Unesco City of Literature Trust, said: “Edinburgh boasts some of the best, liveliest and most informative tours you’re ever likely to come across, led by some of the most charismatic characters and it’s brilliant to see these tours grow in popularity and variety.

“We feel there’s real potential to build on and develop literary tourism activity in Edinburgh.”

Following a split from her Portuguese husband, Rowling and her baby daughter Jessica moved to Edinburgh in 1993.

She famously spent hours writing in city cafes while her daughter slept in her pram.

Rowling finished the first book, Harry Potter and the Philosophers’ Stone in 1995 and it was published two years later.

The series has now sold more than 400 million books world-wide.