LABOUR politicians are spending thousands of pounds on a wine-guzzling junket to the US – that they once condemned as a waste of taxpayers’ cash.

West Lothian councillors will attend Grapefest in the US town of Grapevine, Texas – with £750-a-head flights for an unknown number of delegates funded from the public purse.

The delegation of Labour politicians will take part in wine tasting, relax on a “champagne terrace” and compete for the “purple foot” as part of a grape-stomping competition in the city. 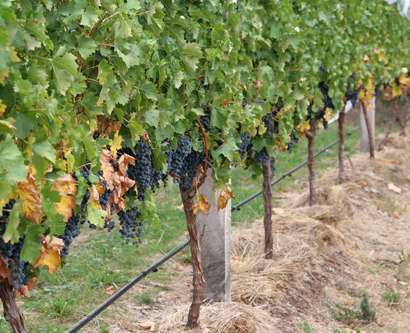 Councillors voted to attend the event yesterday, claiming it was an important to the twinning agreement the town set up with Grapevine at a cost of £10,000.

But five years ago, when Labour was in opposition on the council, they condemned the then SNP administration for going on the same “junket”.

Graeme Morris, then leader of Labour group, said: “This delegation were sent on a paid holiday to Texas to attend a wine festival – a trip that will have no benefit whatsoever to West Lothian.

“There is really no way to dress this up as anything more than what it is, which is a junket.”

The SNP group leader on West Lothian Council, Peter Johnston, hit back  today: “The Labour group previously described it as a junket. I wasn’t sure the road to Texas passed through Damascus.

“We continue to be supportive of the Texas link. But we recognise in tough times the delegation has to be at a minimum.”

As well as a number of councillors, several senior pupils from the area will attend to take part in “education and sporting activities”.

Alan Gifford, vice-chair of Longridge Community Council, said he was “astounded” that the flights would be paid for by the public.

He said: “It is very difficult for us to get funding for anything, we’ve been trying to get a bottle bank for over a year. It just sounds like a jolly.”

Kim Vance, chair of Murieston Community Council, added: “In this economic climate they shouldn’t be doing this. I’d rather it was spent on the environment or charity groups.”

Although West Lothian is not well known for its wine production, councillors say the twinning arrangement brings economic benefits to the area, including tourism.

Grapevine’s greatest claim to fame is as the setting for the infamous murder of two highway patrolmen by Bonnie and Clyde.

Since the twinning in June 2008, teachers and pupils have made visits to the city, around 20 miles from Dallas, while West Lothian College has a culinary exchange with Grapevine involving hospitality students.

An annual golf challenge is also contested between West Lothian and Grapevine, with hosts alternating each year.

A West Lothian Council spokesman said the size and cost of the junket was yet to be finalised.

He said: “As always, the council will seek to minimise any costs associated with the proposed visit. With the exception of flight costs, other costs would be met by the hosts, including accommodation and meals.”