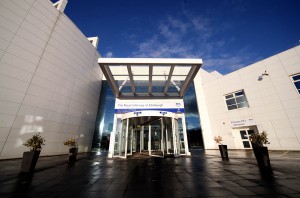 A SECOND man has died from an outbreak of Legionnaire’s disease in the west of Edinburgh.

Like the first man to die from the disease, 56-year-old Robert Air from Seafield, he had significant underlying health problems.

The total number of suspected and confirmed cases of the disease stands at 89.

At noon yesterday, 11 are on intensive care and 18 are on general wards in hospital.

The man, whose identity has not been released, was in his 40s and from Gorgie.

Despite the latest death, the Scottish Government believes the outbreak, which centres in Gorgie, Dalry and Saughton in south-west Edinburgh, has peaked.

Cabinet Secretary for Health Nicola Sturgeon said: “My sincere condolences go to the family and friends of the patient who passed away in Edinburgh tonight in a case linked to the outbreak of Legionnaires’ disease in the city.

“My thoughts are with them at this very difficult time.

“Despite this sad and tragic development, it remains the case that we believe the outbreak to have peaked.

“However, we continue to monitor the situation carefully and advise anyone with any concerns to contact the special NHS 24 helpline on 08000 85 85 31.

“The Health and Safety Executive and Edinburgh City Council are continuing to make progress in their investigations into the possible source of the outbreak.”

Dr Duncan McCormick, Chair of the Incident Management Team and Consultant in Public Health Medicine at NHS Lothian, said: “Whilst we realised that further deaths were a possibility this additional death is extremely sad and I would like to express my sincere condolences to the family of the patient.”