A MAN who allowed his dog to plummet to half her ideal weight has been banned from keeping dogs for eight years following an investigation by the Scottish SPCA.

Richard Bunker, 43, of Dumfries pled guilty for failing to provide his two and a half year old bearded collie, Jess, with adequate nutrition, care and veterinary treatment.

He was sentenced yesterday at Dumfries Sheriff Court and issued a fine of £700. 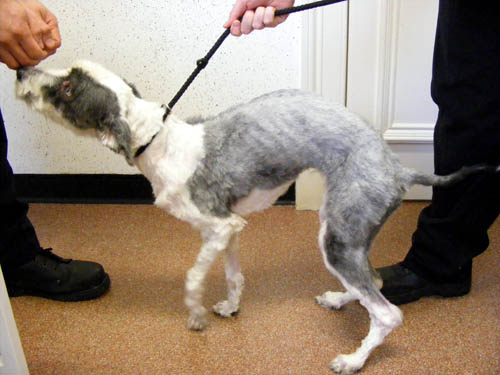 Inspector Janet Proudlock said, “Jess was removed from the property and taken for a veterinary examination where she was assessed as having a body condition score of one or less out of five, with one being emaciated and five being obese.

“She was in a terrible state and it was evident she had not received the regular grooming she required. When she was clipped, 1kg of matted hair was removed from her.

“Jess’s severe matting also hid her true body condition and after her hair had been cut she weighed just 10.2kg, when the ideal weight for her breed is between 18kg and 27kg.

“However, if Bunker had regularly handled and groomed Jess, it should have been evident she was extremely thin and in need of immediate veterinary attention.

“Thankfully, after prolonged rehabilitation in our care, Jess made a full recovery and now lives with a wonderful owner.”