A MAN has been instructed to carry out 180 hours of community service and banned from owning animals for life after admitting keeping 39 animals in terrible conditions.

Following an investigation carried out by the Scottish SPCA, Maqsood Asghar, 40, from Edinburgh was sentenced at Edinburgh Sheriff Court today for failing to ensure the general welfare needs of the 39 animals he kept under his roof. 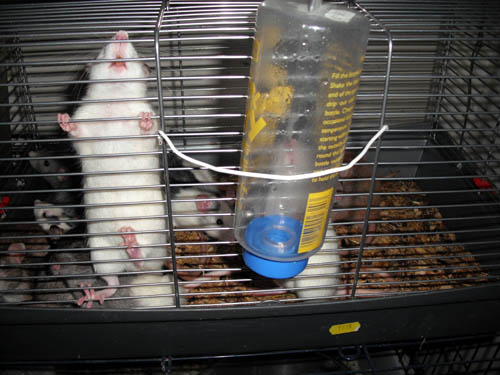 Inspector Surgeon said, “We are very pleased Asghar has been banned from owning animals for life as, in our opinion, he cannot provide even the most basic care a pet requires.

“His animals were forced to live in appalling conditions and there was an overwhelming stench of urine and faeces inside his flat. 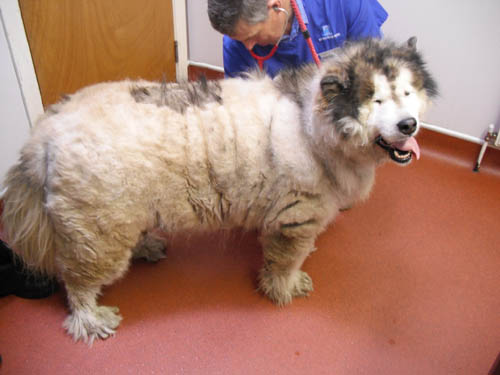 “Many of the cages were stacked on top of one another and the majority of animals did not have any access to food or water.

“I found four large rabbits and four guinea pigs all being kept in one cage, which was completely inadequate in size and condition. Within one small cage, which would be suitable to house one hamster, there were ten rats.

“One dog, a female Alaskan malamute named Shianne, was tied to a cupboard door by a lead which was just long enough for her to lie down.

Shianne was also extremely matted and had to be anaesthetised to enable a vet to remove 2.8kg of hair from her.

“This was a horrific case of multiple neglect and we feel this sentence is entirely appropriate as it will ensure no more animals have to suffer due to Asghar’s ignorance.”