Mad dash to ambulance station as 999 call put on hold

A YOUNG father’s life was saved following a 999 bungle – after his mother sprinted to the ambulance station three doors away.

Chris Upton, 25, collapsed at home and turned blue in the face.

His panicked mother, Liz, dialled for an ambulance but says she got a recorded message asking her to hold the line. 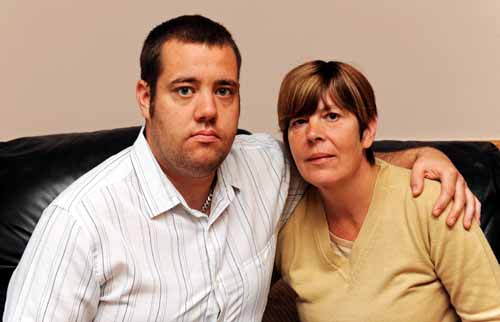 The quick-thinking 47-year-old then ran to the ambulance station in Dunfermline, Fife.

Although all three ambulances were out on calls, two paramedics at the station raced to her home and gave Chris life-saving CPR.

The family are grateful to the staff who saved Chris, father to seven-year-old Kieran, but furious that Liz could not get through and demanding answers. 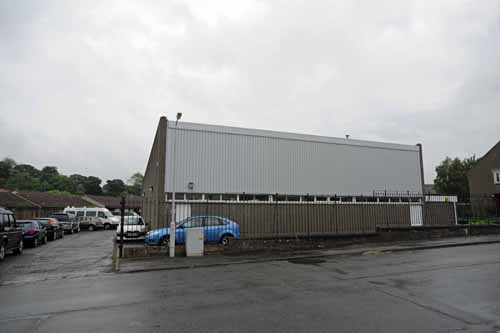 Liz said Chris was reaching to answer his phone when he collapsed.

She said: “The heart attack came completely out of the blue, he wasn’t ill at all and there is no history of heart problems in the family.

“One minute Chris was playing with his two year old niece Holly and the next thing he was on the floor.

“Chris had reached over to answer a phone call and just collapsed. He turned a horrible ash clay blue colour and I could tell he wasn’t breathing.

“I called 999 but my call was put on hold, I kept screaming down the phone “I can’t wait on hold, my sons not breathing!”

“It was completely terrifying”

She continued: “I was on the phone all the way down to the ambulance depot.

“Fortunately there were staff there and one of them came running back with me and another came up in a van.

“One of the paramedics jumped on top of Chris and started massaging his heart and the other came with the defibrillator.

“By the time the ambulance came the two paramedics brought him around.”

The cardiologist told us that if it wasn’t for the fact the paramedics were in the building my son would be dead.

“His gran and granddad must have been looking down on him that day.”

Liz went to the ambulance depot personally to show her appreciation.

But she is angry that her call did not receive a response.

She continued: “If it wasn’t for the fact we stay three doors away from the ambulance then Chris would not be sitting here beside me today,” she said.

“At the time I was shocked that I was put on hold, but now I am furious, it terrifies me to think what could have happened.”

Chris, was on a day off work in the kitchens at HMS Caledonia, Rosyth, on March 20 when he collapsed.

He was later taken to Victoria Hospital in Kirkcaldy then to the Royal Infirmary in Edinburgh.

He said: “Chris said: “I’m a fit enough person, I like to walk and cycle and the cardiac arrest came out of nowhere. I keep thinking why did this happen to me? I’m so thankful to my mum for running to the paramedics.

“My surgeon in Edinburgh said I wouldn’t have made it if we hadn’t lived so close to the ambulance depot.

“I can remember playing with my niece Holly but after that it’s all a bit of a blur. I had no forewarning, no pains in my chest or anything like that.”

Chris now has a machine implanted inside him which can re-start his heart if it stops again.

He continued: “They put in an ICD defibrillator implant so if it happens again at least it’s there.”

Chris is also concerned about what might have happened.

“Your head gets full of ‘what ifs?’ he said.

“For example, they were going to shut down the depot so what would have happened then?”

A spokesman for the ambulance service said: “The quick thinking and actions of two paramedics saved  the patient’s life.

“Although all ambulances were out on 999 calls two paramedics immediately went to help the patient.

“They treated and stabilised him and he was transferred to hospital in 15 minutes.”

The ambulance service did speak to someone at the address during the incident, though Liz says she only received a call back after paramedics were at her house.

BT insisted today that a “human operator” answered the call after one second.

But an insider admitted the call may have been put on hold as it waited to be transferred to the ambulance service.

Mrs Upton is adamant she did not speak to anybody after dialling 999.

She added: “I definitely did not speak to anybody on the phone. All I heard when I called up was an automated voice telling me that I was on hold.”

News of the near-disaster comes after a long-serving ambulance worker told how Fife paramedics were being stretched to breaking point, putting lives at risk.

The ambulance worker, who did not wish to be named, said staff morale was low and absenteeism was rising.

Staff shortages meant not enough ambulances were being run, he said.

In response to the worker’s claims, the Scottish Ambulance Service said ambulance response times in Fife were among the fastest in Scotland.

In May this year a 90-year-old woman from Fife had to wait almost four hours for an ambulance.

Rhoda Forbes was taken to Victoria Hospital after suffering a fall at her home in Oakley.