THE Dalai Lama was greeted by a warm Scottish welcome today in the capital despite the typically wet and windy weather of Scottish summer.

However, this did not appear to faze him as he spoke to well wishers who had braved the elements to catch a glimpse of the Tibetan spiritual leader.

He arrived at the Usher Hall today to give a speech to a sold out audience who had travelled the length and breadth of the country to come to hear him speak.

His lecture, ‘Beyond Religion: Ethics for a whole world’ forms part of a five month series of talks marking the 20th anniversary of The Edinburgh Lectures. 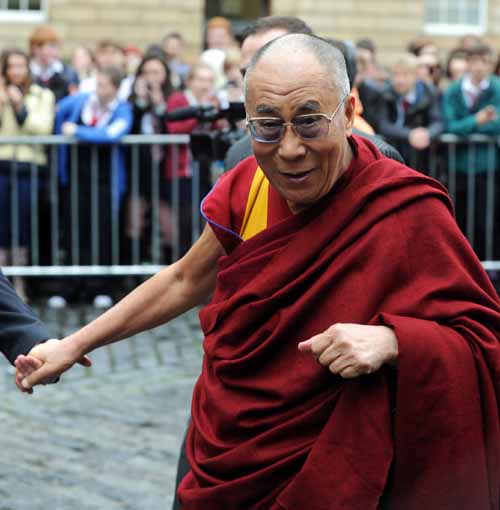 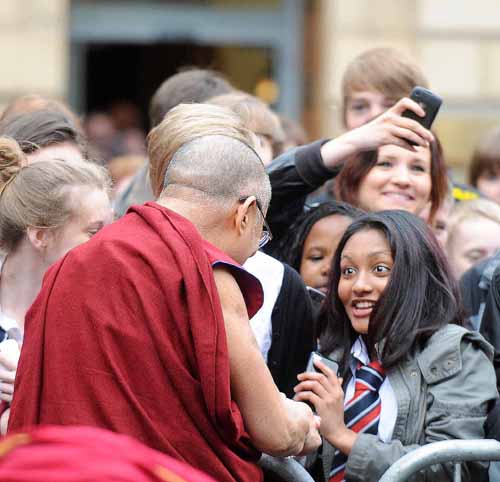 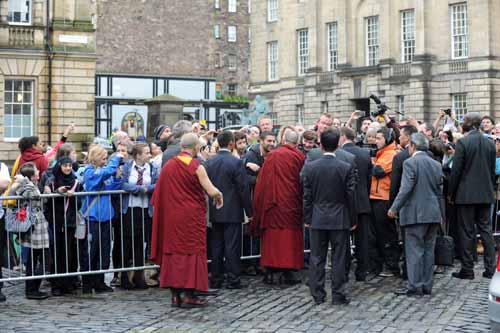 His holiness seemed more than happy to greet members of the crowd and pose for photos. 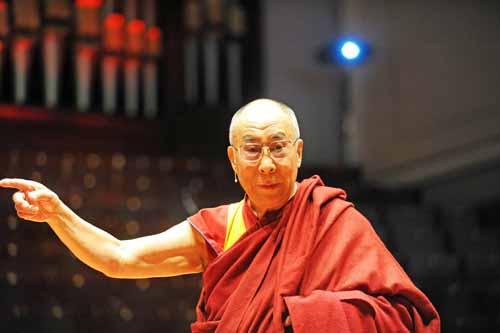 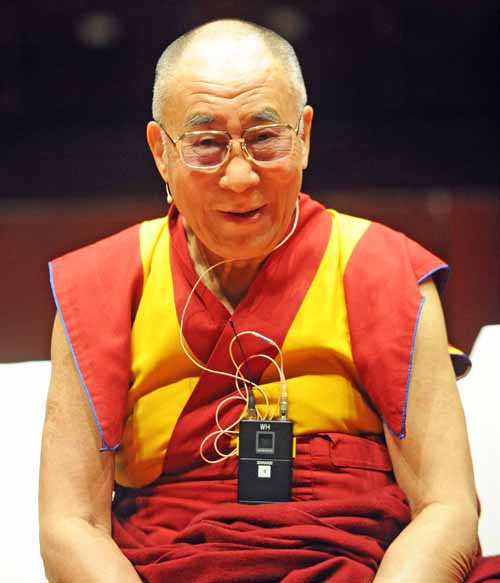