A HIGHLAND hideaway, once the holiday love nest of fashion legend Coco Chanel, is getting a new lease of life after remaining dormant for more than 60 years.

Rosehall Estate, near Lairg in Sutherland, was the romantic hideout for the famed fashion designer during her decade long affair with the 2nd Duke of Westminster, Hugh Grosvenor, then Britain’s wealthiest man.

The Duke allowed Chanel free reign to decorate the 20-room Georgian mansion that lies at the heart of the estate, and the property boasted the designer’s classic, minimalist style thought to have been inspired by her personal Parisian apartment. 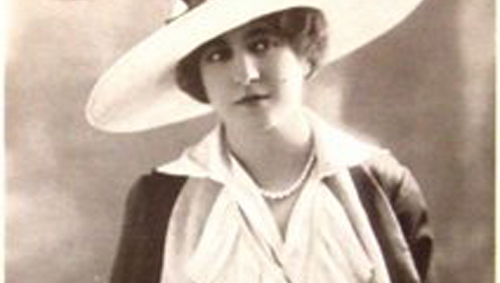 Sadly, in recent years the house fell into decline and was placed on the Scottish Civic Trust’s Buildings at Risk Report in 1993.

Scottish architect firm Bell Ingram Design will now transform the main house into a £6million upmarket boutique hotel with a number of holiday apartments to be constructed in the grounds.

Rosehall Estate, that owns the property, wanted the chance to restore the house to its former glory, and create something that could be enjoyed by the public.

A spokesman at the estate said: “Rosehall has a fascinating history and is one of the most unique buildings in the country which is why it is so important that it was saved from further decline.”

“The heritage and conservation of the property have been at the forefront of the restoration and the design process.” 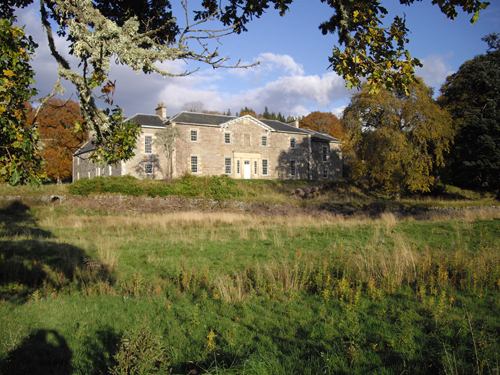 Rosehall Estate as it is today.

Coco Chanel and the Duke met in Monte Carlo in the early 1920s where their romance began, and Rosehall became the focus of their love affair, acting as a secluded haven where they would indulge in a variety of country pursuits.

Chanel’s penchant for textured wool which made up her signature style is thought to have originated from the traditional tweed shooting regalia that she regularly wore on the estate.

The B Listed property attracted a variety of famous visitors in its heyday including Sir Winston Churchill who came to stay at Rosehall in 1928 as a guest of the couple following an illness.

Built in 1822, Rosehall was sold by the Duke of Westminster in 1928 to the Graesser family and remained in the family for six decades until it was bought by another developer before passing to the current Rosehall Estate owners.

Director, Iain Cram, said it was a challenge to preserve and reinstate the Chanel influence while meeting the requirements of the Highland Council.

He said: “Rosehall has sadly lain uninhabited for 60 years and as a result was in danger of accelerated decline.

“Rosehall is thought to be the only property outside of France and Switzerland to contain a genuine Chanel designed interior and reputedly, Scotland’s first bidet.

“However while it will be impossible to save all the features, we have a real chance to restore this cultural gem to something like its former glory. Our aim is to work very closely with planners to try to utilise every possible remaining feature of the building to ensure its conservation, as well as preserving the influence of Chanel as far as possible.

“We don’t know what the final interior design will look like, but we do know that it will have a strong nod to the 1920’s era and the time when Coco Chanel lived there.

“The much talked about bidet will also play an important feature in the design and an ornamental feature will be made out of it – keeping with the building’s heritage.”

The Duke sold Rosehall in 1928 after his affair with Chanel ended. She died in 1971, ages 87. The Duke passed away in 1953, aged 73. The buyers were the Graesser family from Wales who ran it as their retreat until the 1960s when they left it untended.