TELEVISION personality Lorraine Kelly was among the seventy people being presented with an honour by Her Majesty in Edinburgh yesterday.

The Queen held a garden party at Holyrood Palace as part of the festivities celebrating her Diamond Jubilee.

Kelly, 52 from Dundee was joined by rugby veteran Chris Paterson, hairdresser Charlie Miller as well as other notable figures from the arts, business, medicine and the voluntary sector at the ceremony. 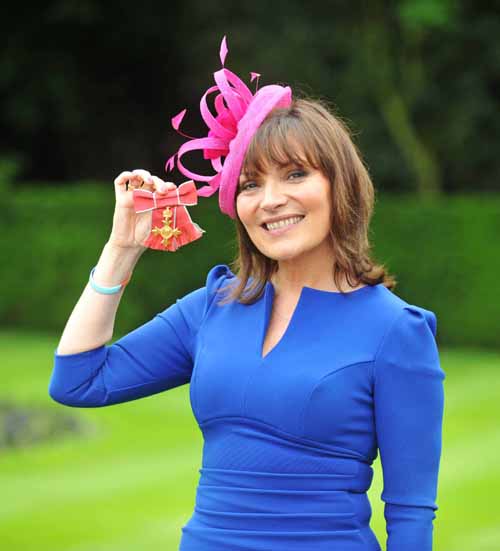 Kelly began her career as a trainee reporter at a local paper before moving on to work for BBC Scotland and TVam.

However it was for her work relating to charities and the Armed Forces that she received an OBE.

She was said to be overcome with nerves and emotion as she received the prestigious recognition yesterday.

She said: “I cried all the way through, I don’t know what the Queen must have thought.

“I was just a bit overcome by it all to be honest.

“There are an awful lot of people who work away at charities, who help the Armed Forces, and do an awful lot more than I do.

“I think I am getting it on their behalf as well for myself.”

Chris Paterson received an MBE for his services to sport as he is Scotland’s record cap and points scorer, with a total of 109 caps and 809 points amassed over his career. 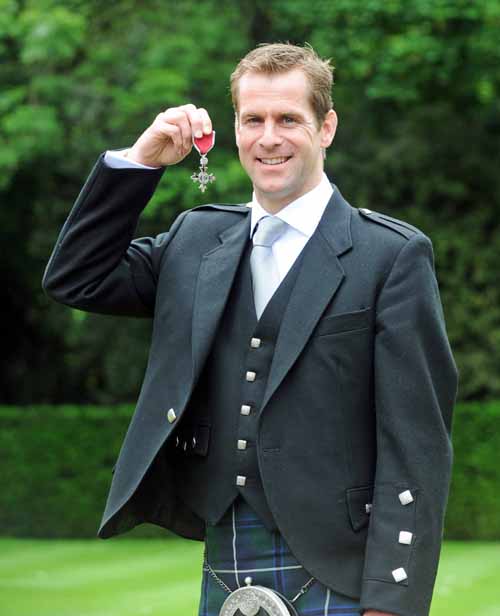 Paterson has featured in four rugby world cups, more than any other Scotland international

He said: “You feel a wee bit guilty, you don’t know if you deserve it or not.

“You set goals as a rugby player, and you reach goals, whether it be club level, or international, and you think that’s it.

“You never set out looking to achieve anything like this, so I suppose the big thing is to try to enjoy it and remember it for the rest of your life.” 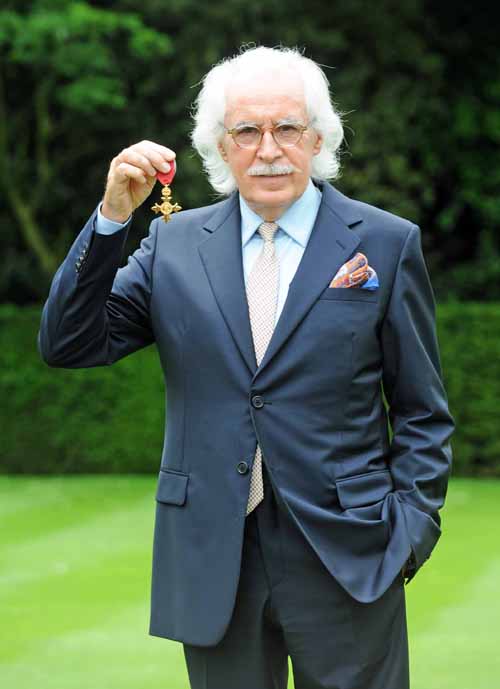 Charlie Miller, who owns a string of salons across the capital, was awarded an OBE for his services to hairdressing.

Despite the prestigious accolades, the party got off to a damp start with parking arrangements sent into disarray thanks to a waterlogged Holyrood Park.

The 8000 guests in attendance were advised to arrive by public transport in order to try and avoid traffic congestion.