Tragic toddler mum begs to be moved from spot he died

THE mother of a toddler who died after he was swept into the sea has begged to be moved from her house which overlooks the spot  where he lost his life.

Jadwiga Serafin, 28, today spoke of her agony, after council bosses still hadn’t moved her months after the tragedy.

The housing association flat overlooks the gap in the sea wall where she lost her three-year-old son, Eryk Cieraszewski, last November. 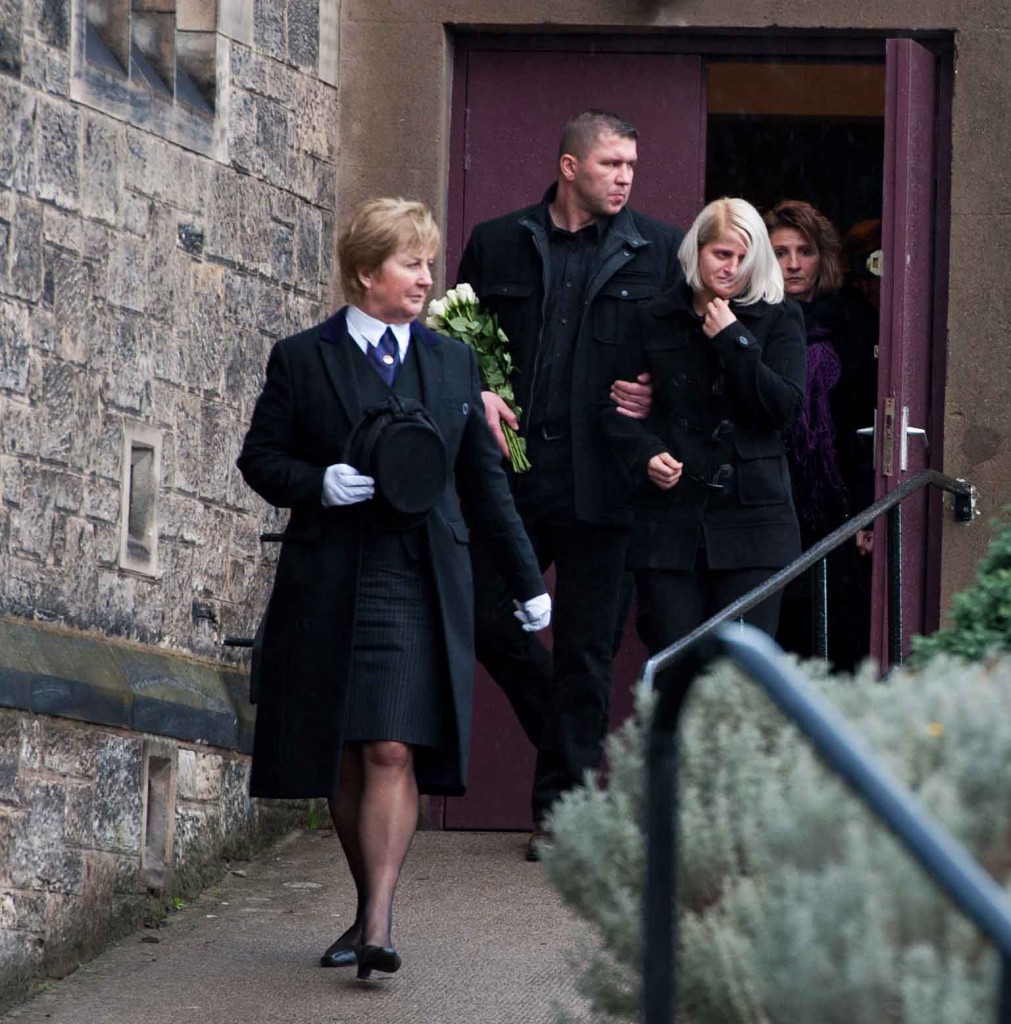 Seven months after the freak accident, Jadwiga and her five-year-old daughter Oliwia, are still living yards away from the promenade, despite her pleas to Fife council.

Jadwiga, who is originally from Poland, said: “Sometimes I stare out the window and cry. All the time, I cry. Living across from where it happened is terrible.

“I’d like to move and they said they’d help. I gave them reports from my doctor, like they asked, but I haven’t heard anything for a while.

“I’d like to stay in Kirkcaldy – my daughter, she is at school here – but I’d like to be as far away from the sea as possible.

“I have only been there once since the accident – to light a candle for Eryk. When I leave the house I look away. It’s very hard. I see the water and I think about what happened.”

In a letter to Kingdom Housing Association from Jadwiga’s GP, said he supports her move on medical grounds.

It reads: “This letter is to support this lady’s application for re-housing. I note that her son died tragically last year and her current residence is near where this occurred. I therefore would support her application on medical grounds.”

The Chief Executive at Kingdom Housing Association Alan McGuckin said he would meet Jadwiga to discuss her situation.

Jadwiga admitted she had initially felt guilt over her decision to take her son to the Esplanade.

The single mum, from Krakow, said she was surprised by the support she received in the community.

She explained: “At first I thought people would be angry with me. I thought I had done something wrong. I didn’t think anyone would want to help, but I was so pleased when they did.”

He said: “It would be wrong of me to comment on this specific case but there are some who suffer complicated responses. Other factors kick in which have an impact.

“The important point is that every bereavement is different. People’s responses are different. And we offer support to anybody who has had a bereavement.”

Jadwiga has praised local charity Fife Migrants Forum for supporting her and her daughter.

She said: “Fife Migrants Forum helped me so much. They did everything for me. If not for the forum I don’t know what I’d have done.

“I’m so grateful for all of the help. It’s been beautiful.”