A RESCUE pilot had to be taken off duty after it emerged her husband was flying one of two Tornados which crashed last week.

Fiona Bailey, a controller at the Aeronautical Rescue Co-ordination Centre (AARC) at RAF Kinloss, was on a training mission when the tragedy happened.

Mrs Bailey, who has a seven-year-old daughter, Erin, was stood down from duties and did not take part in the rescue. 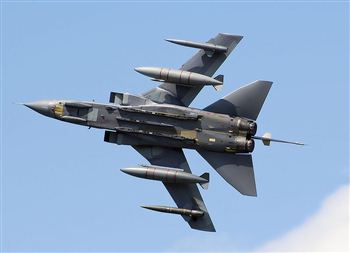 An RAF spokesman confirmed the intervention of colleagues when it became clear Fiona’s husband was involved.

He said: “Whilst Flt Lt Bailey is employed in the ARRC she took no part whatsoever in the co-ordination of the SAR response to the recent incident involving two Tornado aircraft from RAF Lossiemouth.”

Wing Cdr Moreton said: “He touched all the parts of the squadron. An immensely likeable character and professional aviator, he will be sorely missed.

“Sam was fully committed to all aspects of service life; however, he valued his family time the most.

“The squadron’s and my thoughts are with his wife, Fiona, and young daughter Erin at this immensely difficult time.”

Fiona had previously been honoured by Tony Blair in 2005 for taking part in a heroic rescue of the west coast.

She received the Downing Street invite after she and the rest of her search and rescue team saved the life of a man who suffered serious head injuries while walking with his son on the isle of Skye.

In this incident she was the co-pilot of the helicopter which took place in gale force winds – she showed great skill in helping navigate the aircraft and prevent the winchman from crashing into the mountainside.

The RAF Sea King 202 Squadron were presented with a Vodafone National Life Savers Award at the Savoy Hotel in London.

A third airmen involved in the crash, 28-year-old Flt Lt Hywel Poole, was rescued but died of his injuries in Raigmore Hospital in Inverness last week.

A fourth unnamed crew member is understood to have been moved to a military hospital in England.

The mission to locate the bodies of Sqd Ldr Bailey and Flt Lt Sanders, 27, will continue tomorrow.

To date Royal Navy vessel HMS Cattistock has been identifying items at the crash site using sophisticated imagery equipment following a survey of the area by a civilian ship Ocean Star.

The Ministry of Defence will also be using a public salvage vessel to recover any wreckage of the collision.

The RAF said the recovery has been held back due to the severe weather conditions that have been affecting the country.

But they now say that finding the bodies of the missing pilots will be a top priority.