A WOMAN who admitted neglecting a German shepherd left in her care has been banned from owning dogs for two years following a Scottish SPCA investigation.

Inspector Louise Seddon said, “When I arrived at Horne’s property in December 2011, Tara was in very poor condition. 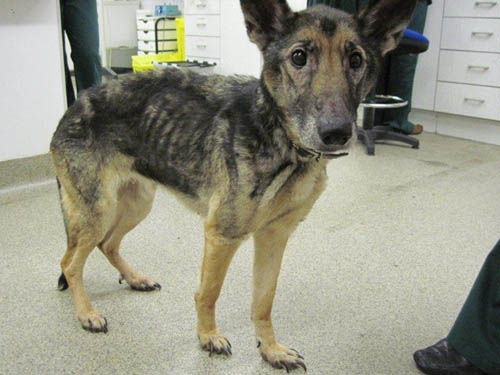 Tara after she was rescued by the SPCA 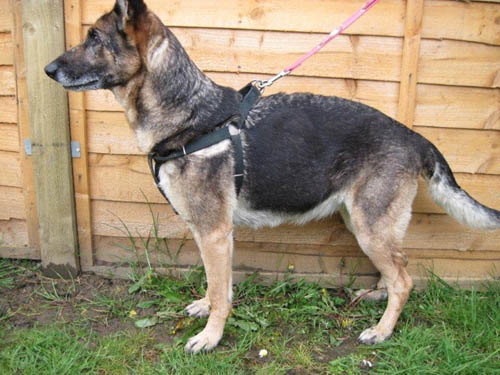 Tara after she received treatment

“Horne was supposed to be looking after Tara for a family member but clearly wasn’t providing her with the care she needed.

“Tara was extremely thin, with her bones clearly visible, and was suffering from hair loss across the top of her back which exposed open sores.

“When I took her to a vet she was found to be suffering from a pancreatic insufficiency, a condition which prevents dogs from properly digesting their food.

“As a result of not receiving treatment for this, Tara was in a state of near emaciation and weighed just 17.2kgs.

“Tara was also confirmed as having painful skin and ear conditions which had been left untreated.

“It is disappointing that a lifetime ban has not been given as we had recommended that a life ban on keeping all animals would be appropriate in this case, which is an option available to the courts under the Animal Health and Welfare (Scotland) Act 2006.

“In our opinion, Horne has demonstrated she is unfit to ensure the welfare of an animal and we would have serious concerns for any animals in her care in the future.

“Thankfully, after receiving treatment in our care, Tara’s condition improved remarkably and she now weighs a healthy 26.4kgs. Tara will now be returned to her owner, who did not face charges.”