THE Scottish Government has signed a £1.4m contract to ferry officials around by taxi despite ordering staff on to public buses.

The new contract, worth around £350,000 a year over four years, is for civil servants to travel by taxi within Edinburgh.

But the move is controversial because the Scottish Government recently insisted on  a “presumption against taxi journeys”. 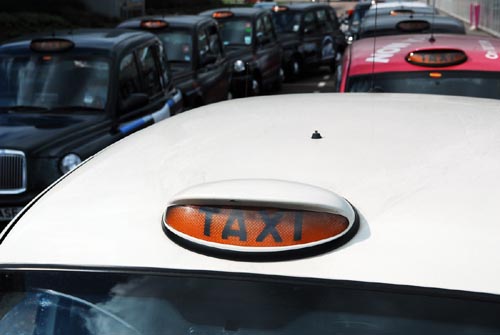 Civil servants were told to use Lothian Buses instead.

Patrick Harvie MSP, convener of the Scottish Greens stated that civil servants should only make use of taxis when no other suitable alternative is available.

He said: “Taxis do sometimes have a role to play, particularly if it encourages staff members not to bring their car to work if they need to make one journey during the day.

“But the default should always be to use public transport or walking and cycling to get about, because this is taxpayers’ money and because of the benefit to both their health and the environment.”

Margo MacDonald, the independent Lothians MSP said that the current disruption in the city centre due to tram work made it almost impossible sometimes to use any other form of transport apart from taxis.

However, she added that staff had to be constantly aware that in doing so, they were spending taxpayers’ cash.

She said: “As anyone doing business in the town at the moment will tell you, it is often necessary to take a taxi.”

In 2010 it emerged that £130,000 had been spent ferrying staff between the Scottish Government Headquarters in Leith and St Andrews House.

After much criticism, staff were instructed to instead travel on the 22 bus.

A government spokesman insisted they had managed to reduce the taxi bill to taxpayers in recent years.

The spokesman said the £1.4 million for the new contract represented the maximum cost and that it was in no way committed to spending the full amount.

They also highlighted that they would be putting extra effort into keeping expenditure considerably lower over the coming four years.

Government agencies based in Edinburgh have run up a £1.6 million bill for taxi journeys since 2008.

These include the Forestry Commission, Student Loans Company, Northern Lighthouse Board, the Scottish Water spin-off Business Stream and the Scottish Parliament Corporate Body.

“This contract aims to achieve maximum value for money by further reducing taxi use.”