GORDON Brown’s favourite football team are turned into zombies in a new movie.

“Wraith Rovers” tells the story of a zombie team, aptly named The Undead Eleven, who manage to triumph in the face of adversity.

The madcap movie, shot in mockumentary style, is the brainchild of award-winning producers Bob Carruthers and Dave McWhinnie and is said to be a cross between Spinal Tap and Shaun of the Dead. 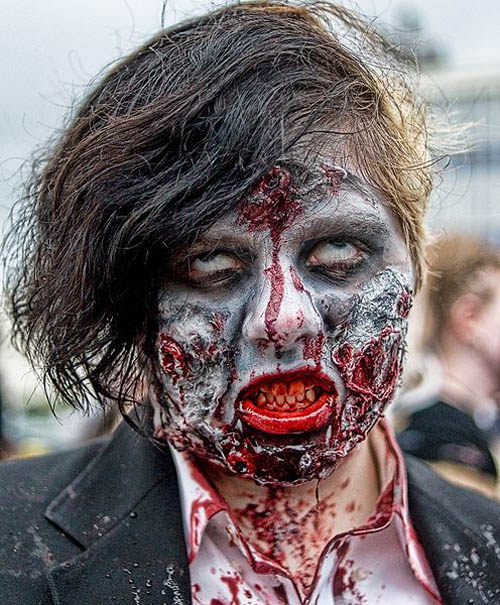 Zombies will take to the pitch in new film ‘Wraith Rovers’

And fans of Raith Rovers, who are prepared to donate £500 towards production costs, will get the chance to star in the flick.

A source said: “The aim is to put a bit of fun back into Scottish football. It’s taking the mickey out of the Scottish game and the zombie movie genre.

“With the demise of Rangers and all the problems dominating Scottish football it just seems like the right time to do it.”

As well as zombie players, the film features a manager who suffers from Tourettes syndrome combined with a fondness for spoonerisms.

Professional actors and comedians have been cast in the lead roles however several supporting characters will be open to members of the public with the cash to spare.

The £500 contribution would also get you a mention in the credits as an associate producer.

Some of the roles open to the public include a man-eating brown bear, a headless zombie centre half, The Emperor Napoleon, Kaiser Wilhelm the Second and the ghosts of Jim Baxter, Stanley Matthews and George Best.

The source added: “It’s a semi-scripted, semi-improvised and adopts a mock documentary style.

“Hopefully the people of Kirkcaldy will turn out and feature in the crowd scenes. And for those who are willing to spend a bit of money, there’s the chance to play a part in the movie.”

Producer Bob Carruthers is originally from the Fife town.

A producer and script-writer, he is now based in the home of Shakespeare, Stratford-upon-Avon.

It’s believed to have been Bob’s decision to shoot the new movie in his home town.

Permission has been granted by Raith Rovers to film at Stark’s Park but the club is not directly involved with the production.

All those willing to participate must be aged 18 or over and be available during the first two weeks of September.