A SMALL Scottish town is set for a massive tourism boost after emerging as the most likely inspiration for JK Rowling’s first adult novel.

The Casual Vacancy, set to be published in September, details political strife and intense rivalry in the seemingly peaceful, fictional town of Pagford.

Pagford is depicted by Rowling as an “idyll” with a “pretty façade, 5,500 people, a cobbled town square and a 12th century abbey”. 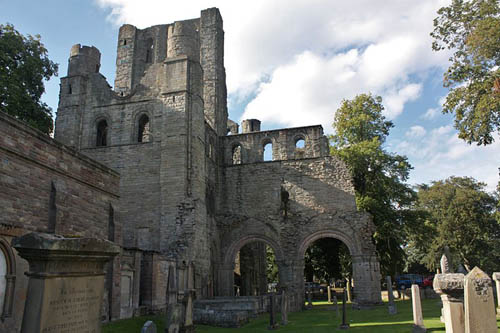 And as far as the population of the real town of Kelso, Roxburghshire, are concerned, the author of Harry Potter has described their community to a tee.

The town already has a literary claim to fame, being the place where celebrated writer Sir Walter Scott attended grammar school and later described as “the most beautiful if not the most romantic village in Scotland.”

The details of Rowling’s first book since the hugely successful Harry Potter series are one of the mostly tightly guarded secrets in the publishing world.

Publishers Little Brown insist Pagford is an entirely fictional creation, but have revealed the story involves a town in turmoil during parish council elections.

According to the publishers, the plot involves a Councillor Barry Fairbrother dying in his early 40s and how the vacancy for his seat turns into the biggest battle the town has even seen.

The residents of Kelso say their town is quieter and more harmonious in real life than Pagford but insist the physical similarities are too striking to ignore.

Isabel Gordon, chairwoman of the Friends of Kelso Museum, said: “It could indeed be Kelso.

“Kelso developed gradually as market-town because the abbey was there – and the market square may once have been the monks’ garden.”

Ralph Brooks, owner of Ednam House Hotel in Kelso, added: “We certainly have a very unique cobbled square, and an abbey.

“Kelso is very beautiful: its green hills and fields, not heather and lochs, and we have the River Tweed running through.”

He said: “Kelso is one of the oldest towns in the country and the square is very worldly, especially at this time of year with so many visitors to the area.

“Kelso’s cobbled square inspiring JK Rowling’s first adult novel would simply be something else given the massive success of the Harry Potter books.”

King’s Cross, London, became crowded with tourists after installing a sign for Platform 9 ¾ which is where all journeys to Hogwarts begin.

And Alnwick Castle, Northumberland, received a tourism boost after standing in for Hogwarts in the movies.

Although Kelso is generally considered the frontrunner as the inspiration for Pagford, English towns in the running include Richmond, North Yorkshire, and Tewksbury, Gloucestershire.