VIRGIN Galactic have chosen Scot-born David Mackay as the chief pilot for their commercial space flights.

The Edinburgh-based travel company Dream Escape is also to benefit from the venture, having been appointed as Scotland’s sole Accredited Space Agent (ASA), authorised to sell tickets for the flights.

Pilot Mackay started flying in 1977 whilst studying aeronautical engineering at Glasgow University, eventually becoming a Virgin Atlantic Boeing 747 captain after a successful career in the Royal Air Force.  He became involved in the Virgin Galactic project soon after its inception, having flown the SpaceShipOne simulator. In 2009, he joined the team full time as its test pilot, and recently became its chief pilot.

He has flown more than 100 different types of aircraft, ranging from the world’s oldest original flying aircraft, a 1909 Bleriot, to  SpaceShipTwo.

Mr Mackay said:  “I’ve been lucky enough to have flown some very interesting aircraft in the past, but SpaceShipTwo is far and away the most exciting of them all. For Virgin Galactic’s customers, it is transportation to the most amazing experience of their lives.”

Sir Richard Branson’s Virgin Group established Virgin Galactic in 2004 with the aim to create safe, environmentally-benign and commercially viable access to space for people and science.

Sir Richard announced on his blog in March this year that Hollywood star Ashton Kutcher had become the 500th sign-up.  He said: “Virgin Galactic is the most exciting business that we’ve ever launched and I still have to pinch myself that it’s for real.  Ashton is joining a fast expanding group of true pioneers who are on their way to a life-changing experience and a place in the history books.”

To date, fewer than 500 people have journeyed into space.  The handful of private individuals to do so spent six months in training with the Russian government’s space programme at a cost of around US$20 million each.

At least two Scots have paid deposits for the spaceflights costing US$200,000 each.  The date for the first commercial spaceflight is planned for the end of 2013.

Dream Escape offer pre-flight experiences in the United States for aspiring astronauts who can’t wait for the Virgin Galactic experience.

Zero-G flights allow passengers to experience weightlessness and G-force in a specially-modified Boeing 727 taking off from Las Vegas or Cape Canaveral.  Whilst the NASTAR Suborbital Scientist Training Program in Philadelphia prepares prospective clients for space by offering physiology and high G force training.

David Tobin, director of Dream Escape said:  “We aim to offer our clients the very best travel services and Virgin Galactic really does offer the ultimate travel experience.  I very much look forward to sending some Scots into space.” 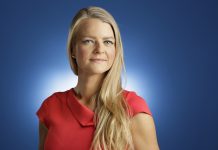 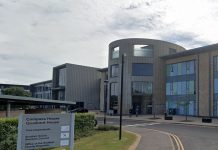 Dundee promises improvement in services for at risk children 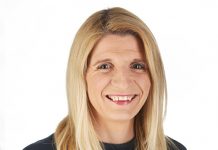