AN 82-year-old man has died after setting himself on fire.

The OAP, named locally as John “Jackie” McLeod, from Edinburgh, was living with his wife Marion, (85), in the Gilmerton area of the city.

Police officers attended the address at Moredun Park Way at 11am this morning after concerns were raised regarding the safety of an elderly man. 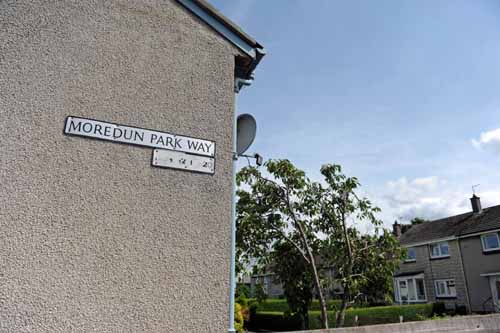 Ambulance and fire crews also attended the tragedy this morning at the quiet, residential cul-de-sac, but the man was pronounced dead at the scene.

It is believed there were witnesses to the elderly man’s suicide.

One neighbour, who did not wished to be named, said she raced home as soon as she heard about the fire.

She said: “I was shocked when I heard. They are a nice couple and very good neighbours, he is known as Jackie and she is Marion.”

Another neighbour added: “I saw five police cars, a CID van, an ambulance and a fire engine, and now there is a fire investigation team. Marion is a frail, old lady. She was taken into an ambulance for a short period of time.”

One eyewitness added: “The wife was nowhere to be seen but the body was wheeled out on a trolly in a body bag and had to wheeled 100 metres to a private ambulance.

“Relatives could be seen standing in the garden.” 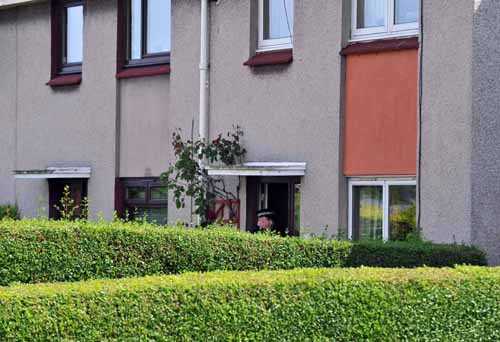 The man’s wife is said to be recovering at a neighbour’s home after being treated for shock.

Inspector Alan Bowie, of Lothian and Borders police, said: “We were called to a house in Moredun Park Way around 11am this morning (July 25) after concern was raised regarding the safety of an 82-year-old man. Shortly thereafter the man died following a fire, there are no suspicious circumstances and a report will be sent to the Procurator Fiscal.

“Our thoughts are very much with his family and friends and we will be doing all we can to support them.” 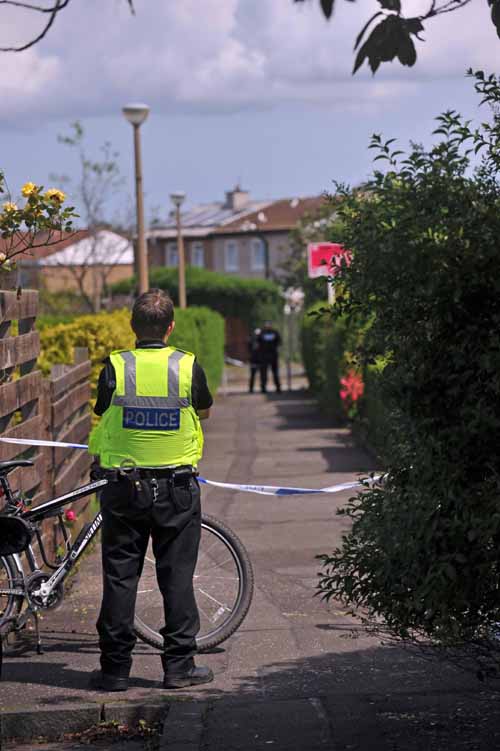 A spokesman for the Scottish ambulance service said: “We attended the address at the request of the Fire Service at 11.29am.

“We did not transport anyone to hospital.” 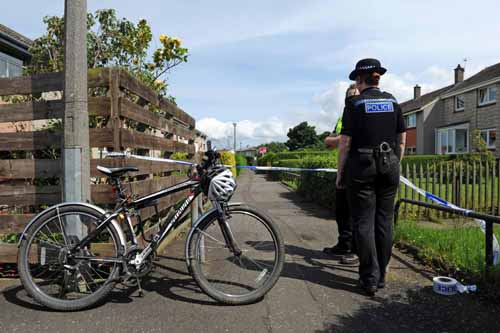 A spokeswoman for Lothian and Borders Fire Brigade added: “We received a call at 11.26am and we attended a fatal fire at 12 Moredun Park Way.

“The fire was put out using a hose rail and an 85-year-old woman was treated for shock.”