REALITY-star Maria Fowler has revealed she still has a soft spot for her former Scottish home.

She may be used to living a glamorous WAG lifestyle in Essex, but the page-three model said she wants to find time to re-visit Perth, the city she stayed with her professional footballer boyfriend earlier this year.

The 25-year-old TOWIE star moved to the Scottish city at the beginning of the year with now ex-boyfriend Lee Croft after his football transfer from Derby to St Johnstone. 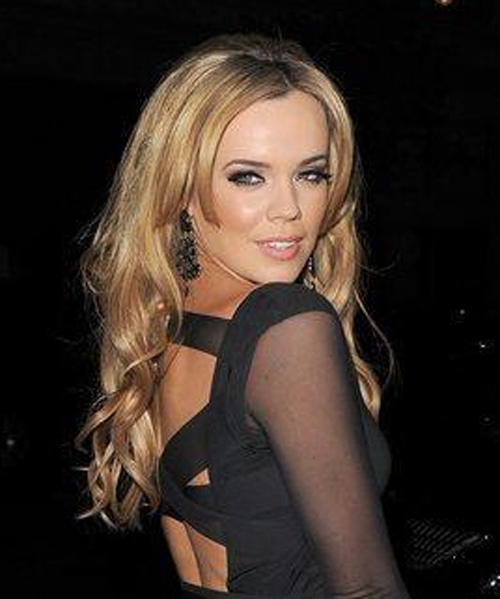 The pair planned to stay in Scotland until mid-May but Fowler was forced to leave a month early after Croft called time on their six-month romance.

Glam Fowler, who has 367,842 followers, told her Twitter fans that she still had fond memories of her Scottish stay.

Today, she wrote: “Awww people still message me about Perth. I loved Perth as a CITY! Maybe I will go back one day to visit. When my mind is healed.”

Her message had support from her Scottish fans, with one, Jenni Edwards, writing: “Nice come back,” James Orr added: “I met you in Perth woo hoo! So you should come back and meet me again.!

Speaking in April, Miss Fowler said her relationship split was “really tough”, adding: “I changed my whole life to be with Lee and moved up to Scotland to be with him when he was signed by St. Johnstone on loan.

“I thought we were going to spend the rest of our lives together but Lee is not ready to settle down yet.”

Earlier this week the avid social networker was met with a torrent of abuse on Twitter after asking why Parkinson’s sufferer Muhammad Ali, 70, could not stand during the opening ceremony.

The ill-fated tweet read: “Ahhh wish I was there now so bad. Muhammad Ali. No disrespect though but why can’t he stand now?”

The question was met with ridicule by followers, with Olympic torchbearer Jamal Edwards tweeting: “You are so DUMB!”