Teacher lied about killing a girl to avoid going into work

A MUSIC teacher lied about killing a girl in a horrific car accident to avoid going in to work, a disciplinary panel has heard.

Head of department Derek McGlone, who taught at Calderhead High School, in North Lanarkshire, also went on a drunken rant on Facebook where he called other staff “bitches.”

His former colleagues complained his comments were abusive and threatening. 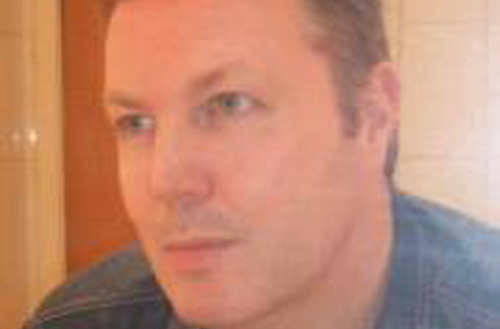 Mr McGlone said he was “stupid” and “silly” for making the remarks.

In another bid to get times off work, Mr McGlone told a deputy head he was caught up in Iceland’s ash cloud – despite being at home in Glasgow.

The teacher represented himself at a General Teaching Council Scotland

(GTCS) hearing this afternoon (wed), where the panel found his fitness to teach was impaired.

The teacher said he was “embarrassed and sorry” about his actions and insisted he still wanted to teach, saying he had a “passion” for the profession.

She said there was a “number of occasions” Mr McGlone had told lies in order to take days off work.

Her statement added: “He started off telling a few silly lies. He lied about knocking a girl over and killing her. He said he felt his car wheels running over her body.”

The hearing was told Mr McGlone had also made “threatening” and “abusive” messages towards former colleagues on Facebook.

Mr McLean said Mr McGlone called former colleagues “bitches” and said he was going to “hunt them down”.

In one post he wrote:”the challenged are threatened by the gifted.”

Mr McLean added: “The posts were abusive and threatening in nature.

“He was dishonest in his dealings with his employers.”

Representing himself, Mr McGlone, said he had been a “respected” head of music, art and design at Calderhead High when he made false statements about his absense in June 2008 and April 2010.

He admitted he had lied in order to take time off work and that he had written abusive comments on Facebook after leaving the school.

He said: “I can give no reasonable explanation for my actions. I make no excuse for any of the three incidents.

“They are unforgivable, stupid and silly. Please believe me I have had enough time to think about this.”

Mr McGlone said he had taken to Facebook in April 2011 in a “drunken rant” after discovering former colleauges had made statements about him to the GTCS.

He said: “I was dumbfounded and horrified at reading the statements made by staff.

“I can not explain how embarrassed and how sorry I feel about the comments being taken as threatening.

“I do not consider myself to be a threatening person. People would laugh if they heard me described as threatening.”

He continued: “I do admit wholeheartedly the case against me and I have been previously of good character. Nothing of these matters will happen again.”

Mr McGlone said he had been involved in touring productions of Evita and Scrooge since resigning as a teacher in 2011.

He said: “I have always had a passion to teach. I have tried to make a living doing other things but there is nothing that compares to teaching.”

The hearing, presided over by John Kilpatrick, continues.