SHAMED reggae star Finley Quaye had his sentence for racially aggravated assault deferred today – after he failed to pay his lawyer.

The former chart star was due to be sentenced at Edinburgh Sheriff Court after earlier admitting slapping a woman and spitting in her face last October.

But Quaye, 38, who is believed to have earned and then lost a fortune from 90s hits such as Sunday Shining, Your Love Gets Sweeter and Even After All, found himself without a lawyer. 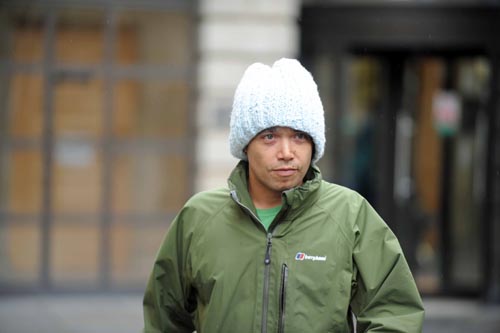 David Cairns told the court he had been put “in an awkward position by Mr Quaye” who had not paid his fee.

Sheriff Fiona Reith told Quaye to stand up and asked him if he wanted to represent himself or pay for a lawyer.

Quaye, who was scruffily dressed in jeans, green hooded jacket and a blue beanie hat, initially said: “I will represent myself today.”

Quaye responded: “Will I have to pay today? I’m waiting for a transfer to come through. I’m 24 hours late with that.”

The sheriff agreed to defer sentencing until October 5 so that the former star could find money to pay Mr Cairns and for social work reports to be prepared.

But she warned Quaye, who currently lives in London: “You have to be careful to come back to that date, there’s no excuse not to come.”

Bizarre scenes both inside and outside the court followed the star’s departure.

Giggling Lawyers and accused alike appeared to be debating their favourite Quaye songs as they waited for the next case.

Immediately outside the courtroom, Quaye was greeted by fans who shook his hand and told him how much they loved his work.

One shouted: “Finlay, get another album behind you.”

Quaye momentarily appeared to smile and put his hand up before leaving the building. 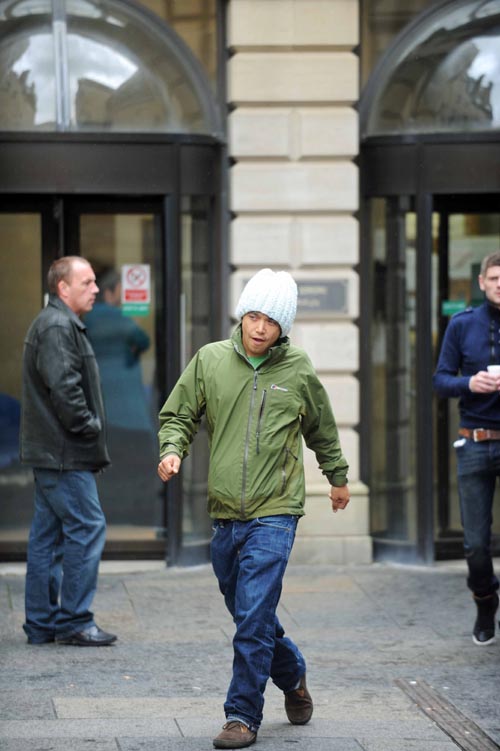 One fan shouted his support for the fallen star.

The Edinburgh-born singer admitted slapping and spitting on Jobely Flores, 36, in an unprovoked assault.

The attack, which happened on Edinburgh’s Leith Walk, was racially aggravated, Quaye admitted.

Quaye had initially denied the crime, but changed his plea earlier this year.

The former star won the Best reggae Act award in 1997 and scored two top 20 hits from his first album.

He has worked with other major artists including Iggy Pop and reggae producer Lee “Scratch” Perry.

He has been supported on stage by Amy Winehouse.

But Quaye was ditched by his label and several comeback albums have flopped.

The son of noted jazz musician Cab Kayle, Quaye grew up not far from where the assault happened.

The singer’s mother, Sharon McGowan, died of a heroin overdose when he was just ten.

In 2010 the reggae singer was fined £650 for cannabis possession.

He was also accused of biting a tour manager at a London gig in 2009, but had the assault charge against him dropped after the alleged victim did not attend court.