TAXPAYERS have forked out more than £40,000 in royalty payments over the past two years for prisoners’ entertainment.
New figures show that music and movies enjoyed by prisoners in gyms and games room cost £42,000 over the period.
The money was handed over because the 1988 Copyright Act forces organisations to get a permit to show movies or play music in any communal area. 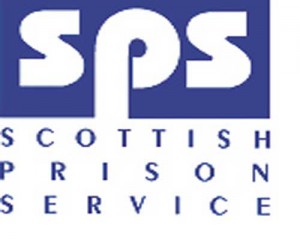 If prison bosses failed to get entertainment licences they could be taken to court.
But the Scottish Prison Service (SPS) decided to authorise the payments despite their counterparts down south refusing on cost grounds.
Jonathan Isaby of TaxpayerScotland said: “Taxpayers will be questioning whether it is right to be spending money on licences to give criminals the chance to watch films and listen to music.
“One of the fundamental aspects of prison life should be that inmates don’t get to enjoy the same freedoms as those in the outside world.”
A spokesman for the Scottish Conservatives said: “The public will question whether this is the best way to spend taxpayers’ money. Prisons already have the image of being like holiday camps.”
Other public bodies have been shelling out for royalties after organisations such as PRS for Music and Filmbank cracked down on those they believe pay too little.
Health boards paid out £250,000 between 2007 and 2011 so that staff can listen to music at work.
The Scottish Government paid out £3,000 in royalties while police forces throughout the UK pay around £850,000.
Areas such as prison cells or hospital wards are considered “home” and do not attract royalty payments.
But showing movies or playing music to people in a communal area is considered a public performance and a licence is needed.
A spokeswoman for PRS for Music, previous known as the Performing Rights Society, said: “It means we are able to track music use and pay our 90,000 members what they are rightfully entitled to.”
A spokesman for the SPS confirmed they had agreed to hand over royalties but said the payments equated to just £20 per week per jail.
Share
Facebook
Twitter
Pinterest
WhatsApp
Linkedin
Previous articleGarry Haldane is Scotland’s most bitten postie
Next articleSusan Boyle now enjoying her fame says actress playing her in musical