A MOTHER claims she and her disabled son were thrown out of a coffee shop after customer claimed their presence was “putting them off”.

Claire Walker says she was asked to leave the Bon Accord Centre Costa branch in Aberdeen after she fed 15-month-old Brayden through a tube.

The chain – which in 2009 joined a scheme to help disabled people get work placements – is investigating the incident.

Claire, 29, claims she was warned by the manager of the branch not to return.

She said: “Nobody bats an eyelid when a woman breast-feeds in public – but when you feed a child through a tube they’re outraged.

“I was sickened that someone could be so shallow.”

He is fed by a machine that administers exact quantities of milk and medication through a tube.

Claire added: “Brayden gets air through it when he feeds.

“A woman near us told staff he was putting her and her friend off their coffee as they could hear the wind in his tube.

“The staff said it was making other customers uncomfortable and could we stop and leave.

“They said not to come back – I assumed that meant ‘ever’.”

Claire, who is married to Kenneth, 44, said she had not yet been contacted by Costa and no apology had been given.

She said: “Costa have not contacted me – an apology would be nice.”

Amanda Chalmers, a friend of Claire’s, brought the case to public attention by posting  an angry message on her Facebook page. 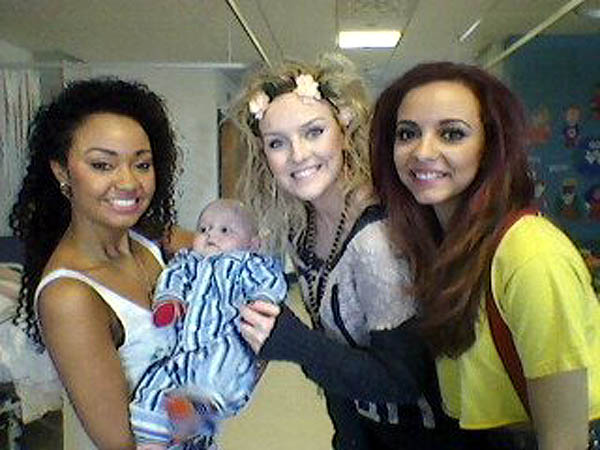 The Equality and Human Rights Commission for Scotland said that they would look into any discrimination claims brought forward by the family.

A spokeswoman said: “Currently, we do not have any details of the case and have not received a complaint.

“In cases like this we would encourage Claire and Kenneth to get in touch with our helpline and we can assess the situation from there.”

Anne Begg Aberdeen South MP, and disability campaigner, said the actions of the Costa manager were “totally inappropriate” and that the Walker family may have grounds for a legal case.

She said: “How is it that someone can react to disability like that these days – especially during the glory of the Paralympics.

“If this is true then the actions of the manager, and even the customer who complained, are totally inappropriate.

“I would advise the family to find who their MP is and look into taking further action – it is possible that Costa breached the Equalities Discrimination Act.”

Richard Hamer from Capability Scotland, a campaign group for disabilities, said: “It seems the everyday lives of disabled children are too much for some people to stomach.

“Costa must take action to show they won’t tolerate such discrimination.”

Costa said they were looking into the incident but had failed to get in contact with Claire.

A spokeswoman said: “We have been trying to contact the lady referred to in a post on Facebook about an incident in Aberdeen, but at this stage we have been unable to make contact.

“We have been in touch with a woman who posted the original comments and she has forwarded the contact details of the mum to us.

“We are now trying to contact her to get the full details because we can’t take any other action until we know which of the four Aberdeen shops she was in.

“But so far we’ve only been able to leave messages and try and seek her on Facebook.”

Costa added in a statement:  “We are looking into this isolated incident as a matter of priority, but in the meantime we apologise for any distress this obviously caused the lady in question.

“We would like to assure our customers that this (alleged?) incident does not reflect Costa’s standard practice which is to provide a welcoming and comfortable environment for all of our customers at all times.”