A TEACHER got advanced information about exams and then passed the details to other members of staff, a disciplinary hearing was told today.

Sabrina Ferguson received the details from an appointee at the Scottish Qualifications Authority (SQA), it is claimed.

The 41-year-old allegedly used the information in revision lists which she passed to other teachers two months before the exams took place.

Mrs Ferguson, a design and technology teacher at Lornshill Academy, Alloa, Clackmannanshire, denies the claims but could be struck off if the charges are found proved. 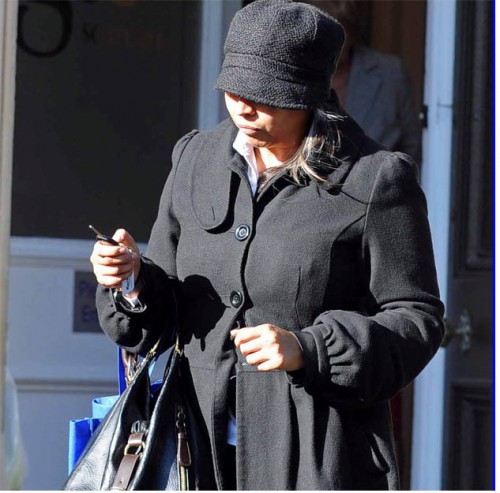 She appeared before a hearing of the General Teaching Council for Scotland (GTCS) in Edinburgh, which was told the word “cheating” would be used several times in evidence.

The charges state that in March 2010 she “did prepare and distribute to the teaching staff in the Technical Department” revision lists for the 2010 SQA exams in graphic communication.

Mrs Ferguson is said to have prepared the revision lists after she “had been provided by Mr Bob Roberts, former Head of the Technical Department at the said school and SQA vetter, with access to information in relation to the content of the…exam papers”.

The disciplinary body claims the teacher’s fitness to teach is “impaired”.

Case presenter Niall McLean told the hearing that concerns had been raised by other members of staff at the school about Mrs Ferguson, who has taught at the school since 1997.

He said: “Mr Bob Roberts…is responsible for adjusting exams at each level. He visited the school and [Mrs Ferguson’s] classroom.”

The chairman of the GTCS panel, Yusuf Segovia, said: “The word cheating is used on a number of occasions in the evidence.”

Asked if her conduct amounted to dishonesty, Mr McLean said: “I think the suggestion is Mrs Ferguson acted dishonestly.”

He continued: “The evidence suggests she had access to private information and she used that information to prepare these revision lists.”

Mrs Ferguson’s lawyer, Andrew Gibb, said “dishonesty” was not contained in the charges.

He said she denied the facts of the case and that her fitness to teach was impaired.

Alan Smithyman, who prepared a report on the revision lists, said he was one of the most senior technical teachers in the country with 27 years of experience.

He told the hearing: “From my experience I was led to conclude who ever had written these notes had seen the 2010 examination paper or at least had notes on it.”

The “order and the specificity” of the revision notes made him conclude the note was written by someone who had seen the exam paper.

He continued: “My conclusion is that Mrs Ferguson had prior knowledge of the examination paper prior to preparing these lists.”

He said one question, where pupils were asked to draw a cross-section of a windscreen holder, appeared in a very specific form in the lists.

The 51-year-old said: “It would be almost impossible to predict a windscreen holder as part of an examination”.

The number of objects which could have appeared in the exam was “infinite,” he said.

Mrs Ferguson’s solicitor Andrew Gibb said she had been asked to prepare the list by her faculty head.

“No children benefited at all,” he said.

Mr Gibb said: “This is to do with topics, it’s not tipping a wink to actual questions.”

Mr Smithyman replied: “I think there are actually indications of that.”