SOCIALITE Pippa Middleton has been condemned for publishing a “twee” and “dull” guide to one of Scotland’s most famous traditions.

The Duchess of Cambridge’s younger sister has written a 20-page guide to Burns Supper that turns the annual event into a party with pompom thistles and card games and where Burns life works are described as “lovely stories”.

The 29-year-old received a £400,000 advance for her first book entitled ‘Celebrate: A Year of British Festivities for Families and Friends’. 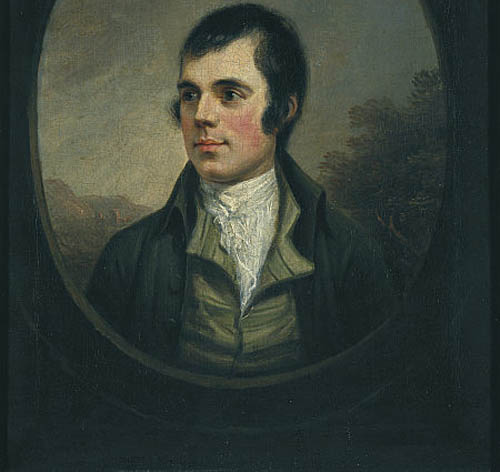 During the Scottish chapter of the party guide, the former Edinburgh University student compares the Immortal Memory – a tribute to Burns, as a “best man’s speech” and recommends party-goers round off the evening with a quiet game of cards.

She also provides a “dull” Burns night menu and informs readers “Haggis doesn’t have to be only for Burns night; enjoy it all year round by storing it in the freezer.”

Middleton’s guide has horrified leaders of the Burns community, who have described it as a “rudimentary” exercise in “stating much of the obvious”.

Clark McGinn, veteran Burns Night expert and author of The Ultimate Burns Supper Book, said: “Pippa Middleton’s twee view of four people round a table winding up the evening playing ‘a game of cards with a whisky’ pushes my ‘it’s up to you’ belief when it comes to Burns Supper to its limits.

“Whether its reducing the heartfelt Immortal Memory to what Pippa calls a ‘best mans speech, or inviting people to ‘link arms’ for Auld Lang Syne, this chapter succeeds in what I would have thought impossible: it stifles the life out of the concept – and Burns is all about life.”

Mary McGowne, organiser of the Scottish Style Awards, added; “It reads like a well-funded exercise in stating much of the obvious. Saying things like ‘The Scottish countryside feels wild and romantic’ – is pretty rudimentary. How much of an essential companion can that be?”

Introducing the Scottish chapter to her book, Pippa writes she has come to “treasure Scotland, a land cloaked in nostalgia and history,” adding: “My love of the country stems from my days at Edinburgh University and is thanks to the hospitality of Scottish friends who, in the spirit of their country’s tradition, encouraged my enthusiasm for practises such as enjoying a Scottish reel or two and listening to nerve tingling tunes on their bagpipes and fiddles.”

Middleton also provides a Burns night menu of Cullen Skink, haggis and clapshot and cranachan in her book.

Television chef, John Quigley, who runs the Red Onion Restaurant in Glasgow, said: “As far as her Burns menu is concerned, its dull as dishwasher and wholly uninspiring. It’s unimaginative.

“Like Burn’s life and works, or as Pippa calls them ‘lovely stories’ the Burns Supper can be many things to many folk, but please not the bland recipe, even if festooned with home made pompom thistles.

Since she appeared as her sister’s bridesmaid at her wedding to Prince William in 2011, Middleton junior has become a celebrity in her own right.

McGowne said her new book could easily backfire on the younger Middleton.

She added: “The British public are historically wary of what some might perceive as having a financial head start by royal association, so the sensitivity of the matter should not be overlooked with future Middleton commercial endeavours.”