THE QUEEN mother saved one of Scotland’s grandest castles from burning to the ground when she was aged just 16.

Newly published letters of Elizabeth Bowes-Lyon show she tackled a blaze at her ancestral home of Glamis Castle in Angus in 1916.

Writing to her former governess and friend Beryl Poignand, nicknamed Medusa, she told how it was noticed flames “were sort of creeping through the roofs” of the building, which dates back to the 14th Century. 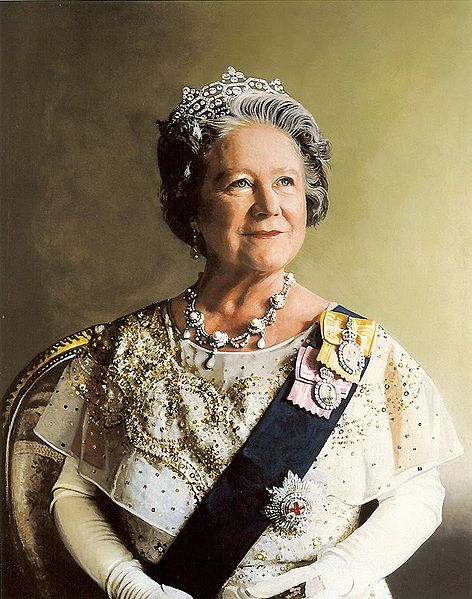 Her father the Earl of Strathmore and Kinghorne and her brother had been out shooting on 16 September when the blaze broke out.

The future Queen Mother summoned fire brigades from Forfar and Dundee to help put out the flames and even organised for the castle’s valuables and pictures to be rescued.

Not afraid to get her hands dirty, she spent hours sweeping up the mess caused by the fire.

A local newspaper described her as a “veritable heroine” and a tenent on the Glamis estate said “it was her little ladyship told us how to do it and kept us to it.”

Libby Reynolds, marketing manager at the castle, said: “We don’t know exactly how the fire broke out but it was believed at the time there was some soot that caught fire in the chimneys of the castle.

“The rooms immediately below where the fire started were used by the servants, and when the brigade did arrive, the roof was well alight and everyone who was there started to throw water on the fire.”

In 1916 the castle was being used as a convalescence home for soldiers returning from the Great War, 13 of whom were there the day of the fire.

Elizabeth wrote: “Four soldiers who were harvesting on the farm helped very well, also people from the village.

“All the furniture on the top two floors had to be carried down, and I had an awful job trying to find place.”

She was so diligent in cleaning up the damage one firemen even mistook her for a maid.

Ms Reynolds said: “A fireman interviewed at the time said there was a little girl sweeping down the stairs while the men were just standing around, and she just wouldn’t let the broom out of her hand as she swept down all the soot and water from the top of the castle.

“After the fire was put out the firemen were given tea and sandwiches to repay them for their hard work and this fireman said he wouldn’t start until this little girl had been brought down.

“He thought she was one of the servants and refused to eat without her, so the firemen had to go and get her.”

William Shawcross, the Queen Mother’s official biographer, who edited the collection of letters, said the incident gave insight into her personality.

He said: “You have this impression of a young woman taking charge, managing everybody while they waited for the fire engines to arrive.

“Without her it would have been a disaster.

“The war period was crucial to Elizabeth’s development. She started the war a girl and ended it a young woman.

“Because of the soldiers convalescing at Glamis she got to know men from all over and all walks of life and it gave her an ability to deal with people.

“She had sympathy for the human condition and the needs of others and it was part of her that came incredibly useful when she joined the Royal Family.”

“The roof had to be repaired pretty quickly because if it rained more water would have come in and the house was full of convalescing soldiers,” Ms Reynolds said.