SCOTTISH arts chiefs have been condemned for their “ludicrous” spending decisions – including £90,000 on a celebration of kite-flying and rainbow-chasing.

The bizarre event was just one of dozens of controversial projects showered with £70m of public cash by arts quango Creative Scotland last year.

Other examples to emerge include £7,000 spent on a song for pandas at Edinburgh Zoo, Punch and Judy workshops for OAPs, and cash to write an Olympic relay song in a “Shetland dialect”. 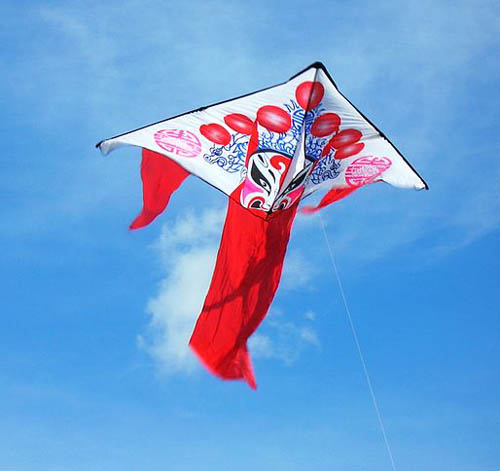 Is kite-flying a good way to spend tax payers money?

Earlier this week, Scots actor Brian Cox joined the chorus of criticism against Creative Scotland, blasting it for operating a “jobs for the boys culture” and being a “law unto themselves”.

Critics of the quango said today the latest examples of spending were an “insult to bonafide members of the arts community”.

The awards are revealed across 118 pages in Creative Scotland’s annual report and financial statement.

They reveal that in May, Creative Scotland paid out £90,000 to Dundee Contemporary arts to fund a “popular” four day programme that celebrated “kite-flying, stargazing and rainbow chasing in all their forms”.

In another case, Ben Twist, a former member of the Scottish Arts Council, was awarded £24,000 to develop “as a strategic thinker”.

The award said he would become an “activist, providing leadership to and developing a body of knowledge and expertise in the cultural sector in preparing for a low carbon world”.

Childrens Classic Concerts, in partnership with Edinrbugh Zoo, were given £7,500 for a “five minute piece for ensemble and choir…to celebrate the arrival of the new pandas and honour this gift from the Chinese Government.” 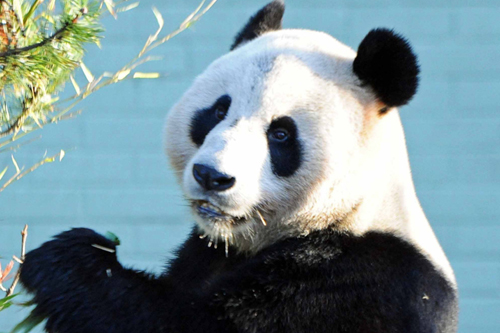 7k song for the pandas was amongst the spend.

Also on a musical note, Creative Scotland footed the £6,000 bill for a choir of school and community groups in South Lanarkshire to  sing Queen’s We Are The Champions and Firework by Katy Perry as the Olympic Torch arrived.

A further £6,000 was given to Shetland Islands Council to write a song in a “Shetland dialect” on the theme of “light and flame” for the Olympic Torch Relay.

Pensioners also enjoyed the largesse of Creative Scotland. Punch and Judy workshops were handed £1,500 to “entertain and instruct” OAPs in the “making of miniature Punch and Judy puppets with the aim of bridging the gap between the old and the young, and also to help keep a very old entertainment form alive”.

Creative Scotland spent tens of thousands of pounds on foreign travel for academics and artists.

Puppet Animation Scotland were awarded nearly £5,000 to take a small delegation of “leading arts practitioners” to a theatre festival in the North of France.

A member of the School of Culture and Creative Arts at the University of Glasgow was given £5,000 so he could travel to Japan to “research traditional Noh performances as developed by experts in the field”.

Edinburgh-based composer David Watson was given more than £1,000 to attend a conference in Los Angeles to “garner information on targeting the music needs of creative industries in the USA”.

One award, for £80,000 to Edinburgh Council, made little obvious sense at all. The award notice explained the money was going to Edinburgh “to consider forming a Local Authority Partnership with the City of Edinburgh Council, Economic Development Service with a view to Re-animate Creative Edinburgh Ltd to provide a strong business-focussed membership organisations that will support business to business trading, collaboration and improve coordination across the sector and its sub-sectors”.

Eben Wilson, director of TaxpayerScotland said: “Those in the Arts seem to believe they can justify anything just because they feel it can be called art. But too much of what Creative Scotland does appears to be just subsidised fun simply because the money is there to be spent.

“Artists need to be in touch with what people think, and feed our souls with things that inspire us. At the moment householders are worried about making ends meet. They view this sort of spending as too much going too far.”

Robert Oxley of The Taxpayers Alliance’ Scotland added: “Sadly arts quangos too often believe that it is their mission to spend taxpayers’ money on art projects no one else will fund, wilfully ignoring the fact that there is a reason behind this lack of funding in the first place.

“Taxpayers should not be seen as the fall guys for work not popular enough to attract support elsewhere. Worse still some of these projects appear to be incredibly expensive given what they actually involve.”

Scottish Conservative deputy leader Jackson Carlaw said: “It’s an insult to bonafide members of the arts community the see cash being squandered on kite flying and singing at pandas.

“In these tough times, how can Creative Scotland or the Scottish Government possibly justify these ludicrous projects?

“It’s important that arts in Scotland are well funded, but we can’t extend that to crackpot schemes managed and approved by bampots at taxpayers’ expense.”

Bosses at Creative Scotland have been attacked on social media this week after it emerged an all-male panel has drawn up the shortlist for its new awards.

The agency has failed to include any women in the selection process for the ‘Year of Creative Scotland’ awards.

Cox said: “I just see too many kinds in the pipes, which appears to be causing all the problems, and there appears to be an element of jobs for the boys and wonder to yourself: ‘what is that these people actually do?’.

“Having portfolio managers to deal with artists and arts organisations is a load of bulls***, theatre is about doing not talking. They have become a law unto themselves.”

In October more than 100 artists and writers joined forces to launch a strongly worded criticism of Creative Scotland.

In an open letter, they said the arts quango lacks regard for culture, and is confused and intrusive.

A Creative Scotland spokeswoman said: “In the financial year 2011/2012 Creative Scotland has invested more than £65 million across nearly 1,300 different projects and initiatives, supporting Scottish artists, organisations and creative businesses to work across all parts of Scotland and internationally.

“Our aim is to support the strength and depth of artistic talent in Scotland, helping it to continue and thrive.”