A CONTROVERSIAL hospital has dealt patients another blow by axing almost half the beds in its specialist burns unit.

St John’s Hospital in Livingston, West Lothian, is to reduce bed capacity at the unit from 11 to six.

Scandal-hit NHS Lothian claim there is “no longer a requirement” for the beds at St John’s – despite it serving the whole of the south-east of Scotland.

But campaigners said the move would put patients at risk because an increase in burns victims is expected as more people use “naked flames” to heat their homes.

Ellen Glass, a campaigner who used to be in charge of a burns unit elsewhere in Scotland, said: “I am very worried that the number of beds are being cut.

“People are looking at cheaper way of heating their homes because of the recession and these can be more dangerous.

“For that reason I believe we will see an increase in the number of burns cases.

“There was a story not that long ago about two old men who were using a heat lamp who ended up with burns.

“People will be using the naked flame a lot more these days and I have seen the terrible burns that can happen.”

The cuts are the latest in a string of catastrophes to blight the health board in the last year alone.

In May this year it emerged NHS Lothian bosses altered waiting list figures in order to meet government targets.

Thousands of patients were wrongly listed as “unavailable” in 2011 in an attempt to meet government targets.

The scandal resulted in board chief executive Professor James Barbour retiring from his post and as many as 500 NHS Lothian patients were in line to be sent to Europe for surgery.

In August, it emerged 140 patients treated for serious injuries at intensive care or high-dependency units in the Lothians were discharged in 2011 because of bed shortages.

And last month it was revealed paediatrics consultants at St John’s Hospital were doing night-work for £1,800 a shift – the same as a monthly wage for full-time nurses.

Dr Jean Turner from the Scottish Patients Association said the reduction in beds points to a greater staffing problem.

She said: “The beds are in a specialist unit that have specialist staff. I wouldn’t have thought any old nurse or doctors can just go in and start treatment.

“This is clearly a crucial base given the location and we need to know it’s not going to be detrimental for the community.”

Dr Turner also said the latest action casts suspicion on the decisions made by health chiefs.

She added: “Who’s got this information that says its worthwhile cutting the bed numbers?

“It’s always a worry that someone hasn’t done a proper audit before these cuts are made.

“The health board, along with other boards in the country, are in a tough position to make ends meet – but one can’t help being suspicious at their choices.

“Especially after the waiting lists scandals and what have you.”

Sandra Mair, site director of St John’s Hospital and director of operations for cancer, radiology and head and neck, defended the reduction in patient beds.

She said: “Over the last 20 years across Scotland, evidence shows there has been a definite decline in the number of patients suffering burns and a shift in the way patients are treated as major advances are made in health care.

“Now patients, usually arriving through the emergency department, are admitted to critical care and undergo surgery in main theatres before being transferred to the burns unit.

“As a result there is no longer a requirement for a large number of beds or a dedicated theatre.

“The reconfiguration work will allow the unit to have en-suite facilities and be relocated next to the existing plastic surgery ward.

“The specialist burns unit for patients from across south-east Scotland was opened in 1992 and we are delighted this is currently being upgraded to provide improved, state-of-the-art facilities for patients.

“The decision to improve the facility has the full support of the West Lothian Community Health and Care Partnership and we have consulted with staff and representatives of the Burns Patients Group.” 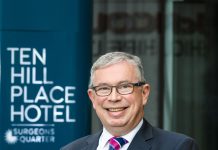 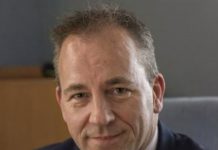 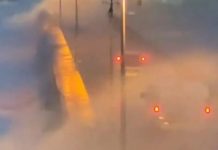