A THRIFTY Scot has been sending his wife the exact same Christmas card for 45 years.

Joseph Rinkus, from Blackburn, West Lothian, first sent the wind-up musical reindeer card to Elizabeth in 1968 and the 72-year-old has not been near a card shop since.

And the pensioner, who first gave his wife the card the year they were married, has never even given Elizabeth a birthday card. 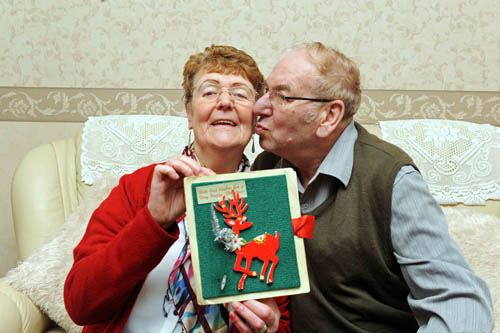 He even asked his wife to keep the card a secret, so people wouldn’t think he was miserable.

Wife Elizabeth, 76, says that even though it’s a special card, she would still like a new one from her tight-fisted husband.

She said: “We got married in 1968 and that’s when he first gave me the card. It was a lovely musical card but unfortunately he’s never bothered giving me another since then.

“It’s the only card he has ever given me; believe it or not, as I don’t think I’ve even had a birthday card from him in all the years.

“I now put it in front of the Christmas tree every year and it has pride of place.

“To be honest it’s a special card to me and I don’t know what I will do when it eventually falls to pieces. I don’t believe in throwing anything away.

“He told me never to tell anyone in case they think he is miserable but Joe is an easy-going guy and I know he will take all this in good fun.

“I still love him, despite his meanness, but maybe it will encourage him to dig deep in his pockets and get a new one next year.” 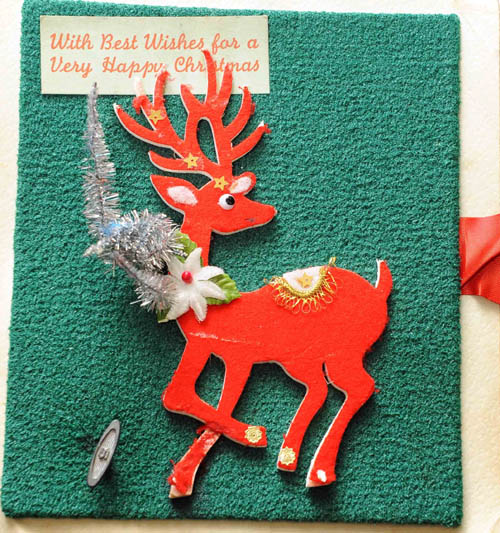 He bought the card 45 years ago.

Husband Joseph Rinkus defended himself against claims he’d been mean but admitted his wife would be getting a huge new Christmas card next year.

He said: “I bought the card 45 years ago when I had been married for six months. I wanted to buy something special, and that card was expensive at the time – I was only earning nine pounds a week.

“When the girl brought out the wind-up card out to show me I thought it was just terrific and I knew that my wife would love it.

“Now I bring it out every year because it has such great sentimental value.

“I think I have learned my lesson now though and next year she will be getting the biggest card she has ever seen in her life. Hopefully that will make up for the last 44 years!” 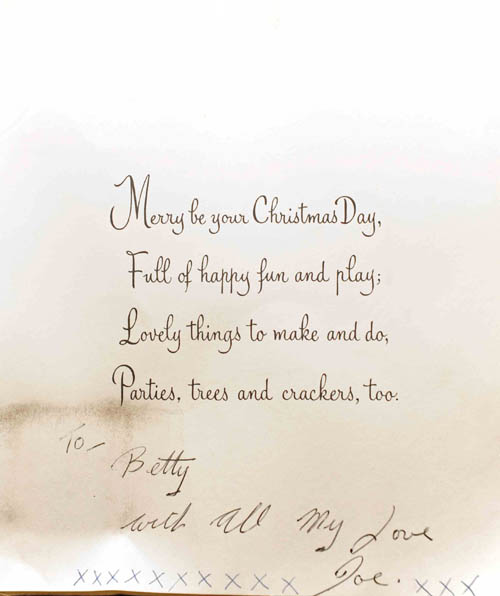 Joseph bought the card after six months of marriage.

Last month two cheapskate siblings revealed they had sent the same Christmas card to each other for 45 years.

English Ken Payne, 75, sent the snowman card back to sister Joyce Lampitt, 72, as a joke about his stinginess in 1967.

And she returned it the following year. Now they say it’s far too precious to post between their homes in Worcestershire – and deliver it by hand instead.

Over the decades, they ran out of room inside for messages and have taped 14 extra pages of greetings inside.