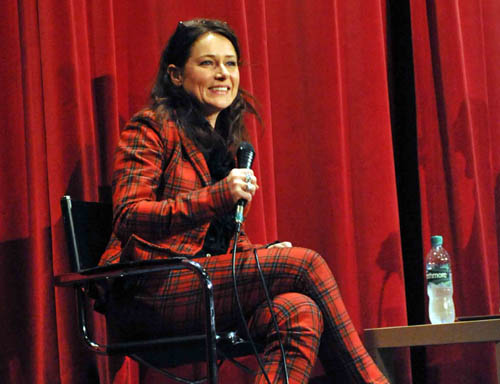 The actress visited Scotland for the first time yesterday (Sunday) for screening of the second series finale of political drama Borgen.

It depicts her struggles with pressures in politics while juggling a turbulent personal life.

Knudsen said: “This is the first time I have ever been to Scotland – I’ve meant to visit about four times before but things always got in the way.

“I managed to take in Edinburgh Castle which is beatutiful but the weird thing is I kept on hearing what I thought were Danish people.

“I had to listen again before I realised it was just Scottish people chatting away – for a moment it felt like I was back home.”

Wearing a luxurious Italian-designed red tartan suit, the 44-year-old answered questions from a sell-out crowd at the Edinburgh Filmhouse.

Fans of the show also asked her questions about the comparisons between Denmark and Scotland as both nations share a population of around five and a half million.

Knudsen added: “Other than the population there aren’t really any other similarities – unlike my tartan outfit today we don’t eat our own kind of haggis or anything.”

One fan asked why she thought the show was so popular here.

She replied: “I get asked that a lot and I’m not too sure. While we’re both small countries we’re very different.

“To be honest I think Borgen owes its success to previous Danish shows such as The Killing.”

Knudsen was schooled in Africa as a youngster and later attended a high school in Europe, developing an almost impeccable English accent.

In Borgen her character frequently jumps seamlessly between Danish and English.

She said: “I don’t find it hard to speak the two languages. It helps when someone else is there that I bounce the words off them, that way I know I’m making sense.

“But that’s another good thing about the Danish shows. There’s an integrity there where we don’t try and make shows to please other countries – we make them for ourselves.”

In a mock American accent she added: “You hear these people saying ‘Oh yeah, I love that American film’ – we just make our own shows and the fact that they are loved regardless is just amazing.”

It was also put to her if she had ever drawn on Margaret Thatcher – the UK’s first female Prime Minister – as inspiration for her role.

Knudsen replied: “Absolutely not. I did not draw on her or anyone else for inspiration – you can’t make the role your own if you try and mimic other people.”

One audience member also remarked on Nicola Sturgeon’s visit to the screening and asked what Knudsen thought of an independent Scotland.

She simply answered: “I’d rather not say.”

Borgen was first aired in Denmark in 2010 where a year later reality mirrored fiction when current Prime Minister Helle Thorning-Schmidt was elected in 2011.

A woman who is similar to the character Nyborg in age, also having two children and even an uncanny resemblance.

The other main actors in the show include a struggling relationship between troubled spin doctor Kasper Juul and ambitious news anchor Katrine Fønsmark.

Fans will be able to buy the second series on DVD from next week and the third series is due to be aired next year – it is already being aired in Denmark.

Knudsen added: “The third series is very different. What we’ve said goodbye to in the second series, we say goodbye to.

“The third series has a life of its own.”

Mary Hagerty (corr), 62, from Coatbridge, attended one of the three screenings.

She said: “I absolutely love the show and Sidse. It’s got everything – politics, emotional drama, the whole package.”

Retiree Ken Morrison, 60, from Edinburgh said: “The series has just been great. It makes no difference that it’s subtitled.

“Some of the stuff is so inspiring you just think ‘why can’t Scots get involved in politics the same way’?”

Political student Michael Morrison, 22, said: “It’s just superb. I think the show is fantastic in how it portrays the other side to a politician.

“Even to those without a background in politics I would recommend it.”

Last week the SNP deputy leader described Borgen as one of the most “credible” political dramas around.

She said: “Sometimes life in Borgen seems a little bit wilder than Holyrood but it’s definitely one of the most credible fictional accounts of the corridors of power and life in politics that I’ve seen on television.

“The political pressures, negotiations and combination of sticking to your principles or compromising to reach consensus is something that politicians in Holyrood will all recognise.

“I certainly know how it feels to get through a tough day in parliament in a pair of high heels.”

Margaret Curran, the Shadow Secretary of State for Scotland, rates the series as one the best depictions of politics on television for its portrayal of a woman challenging the male-dominated world of politics.

Willie Rennie, the leader of the Scottish Lib-Dems, said he enjoyed the show, despite the subtitles.

He said: “It’s got political betrayal, manoeuvring, passion and belief, all wrapped up in one package.” 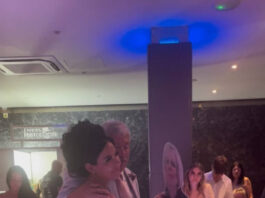 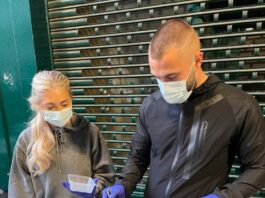 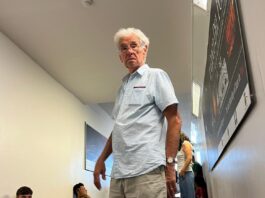