THE residents of one of Scotland’s most tranquil and beautiful regions are suffering sky-high levels of sleeplessness and anxiety.

Government statistics show prescriptions for sleeping pills in the Western Isles are the highest per head in Scotland.

And anxiety levels have rocketed over the past decade to put the Western Isles into fifth place for use of Valium-type drugs. 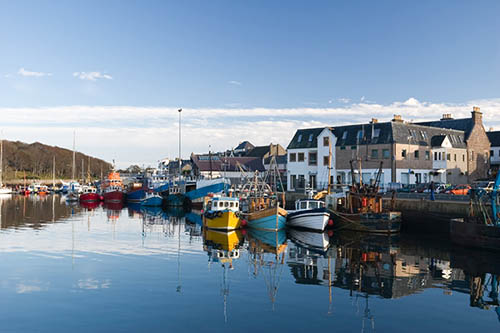 Health chiefs on the island chain – which is synonymous with serenity and natural beauty – admit they are concerned and are planning a crackdown on prescriptions.

TV Globetrotter Michael Palin recently described the Western Isles, where only one third of 26,500 residents have home internet access, as the most beautiful place in the world.

But statistics released by the Information Services Division of the Scottish NHS suggest a different story.

They reveal that 26 islanders per 1000 were prescribed “hypnotic” drugs for insomnia last year, well above the Scottish average of 17.7 per thousand.

Even Scotland’s second-largest health board, NHS Lothian, which covers some of the country’s biggest towns and cities gave sleeping tablets to only 11.50 people per 1000.

Lanarkshire is the second-most sleep-deprived area with 23.07 prescriptions per 1000. Glasgow takes third place with 20.8 prescriptions.

Every other health board in Scotland has seen its prescriptions for hypnotics – which can be addictive if used for much more than a week – decrease over the past decade, with the exception of the Western Isles.

Anxiety levels appear to be rocketing in the Western Isles according to the number of prescriptions of “anxiolytic” drugs.

Prescriptions of benzodiazepines – which have brand names such as Valium and Xanax – has increased in 10 years from 9.72 to 15.08 per 1000 people.

Not far ahead of the Western Isles were predominantly urban health boards such as Lothian at 17.47, Greater Glasgow and Clyde at 16.75, Ayrshire and Arran at 16.72 and Lanarkshire at 16.32.

Shetland and Orkney also had the lowest levels of anxiety drug prescriptions, with the figures standing at 6.60 for Shetland and 5.03 from Orkney.

He said: “There is still a habit of medicating the population instead of looking at other way of helping patients with sleep problems.

“There has been some progress, but in this country we still medicate the population habitually.”

He said: “It would be good to know more about age groups, sex, and socio-economic categories.

“It might be there are people with quite fundamental difficulties with life which it would be better for the community to be aware of.

“I think the worse thing we could do is to go to people in need and say that we must get back in line with national statistics.

“But we have to be sure that the prescriptions are medically necessary. It’s a fine line that needs to be walked.

“I’m glad that the information is there and it’s something that I will be watching very carefully.”

Another local, Joan Morrison, who works at a volunteer centre on North Lewis, suggested residents have different worries to stressed-out city dwellers.

“High winds on the north of the island can be very disruptive at nighttimes and are not unusual.

“The lambing season can also make people feel very anxious – worrying at all times of night. People also worry a lot about animal husbandry. People are very much in tune with the land here and are very conscientious about their livestock.”

The population has steadily declined since 1999.

The area also suffers from an imbalance of the sexes, with migration surveys revealing that 17% of those moving to the area as male.

“We will be taking steps to address this as part of our prescribing quality interventions in 2013/14.”