INVADING hedgehogs are reappearing on a Scottish island, just years after environmental bosses culled them in their thousands.

Scottish Natural Heritage began a programme to rid North Uist, and other Outer Hebridean islands, of troublesome hedgehogs in 2003 because they posed a threat to rare breeding wader birds, whose eggs hedgehogs eat.

But a report put to the environmental group last week revealed that the creatures are making a comeback – with at least 20 found living on the southern part of North Uist. 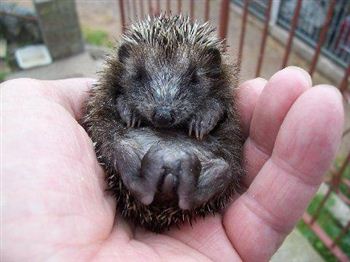 Researchers working for the Uist Wader Project also reported several concerns over individual hedgehog sightings around the island – including areas where they had not been seen before.

The island-wide hedgehog cull proved controversial at the time, with animal campaigners branding it crazy and unethical.

Thousands of hedgehogs were tracked down by sniffer dogs and culled by lethal injection.

The Uist Wader Project has now sanctioned an additional £33,000 of spending to add to the project’s annual budget of £200,000.


Additional trappers will be used in order to “minimise the risk of a viable population of hedgehogs becoming established on North Uist.” While maintaining the current levels in neighbouring Benbecula.

The extra cash comes despite SNH admitting that “no statistically valid evidence that the UWP has resulted in an upturn in wader populations.”

David MacLennon, SNH unit manager for Argle and the Outer Hebrides said it is difficult to prevent the movement of hedgehogs from neighbouring islands.

He said it was important that the trapping programme continue.

He added: “We have a legal obligation to protect these birds.”

The number of hedgehogs on the Western Islands exploded during the 1970s after a homeowner important several of the animals to deal with garden pests.

The UWP was launched to comply with European directives on protecting bird species.

SNH has said culling hedgehogs in the Western Isles was more humane than relocating them to places where they may have to compete with existing populations.

But after mass protects over the controversial cull, The Uist Hedgehog Rescue is now paid £20,000 a year to relocate around 250 hedgehogs.