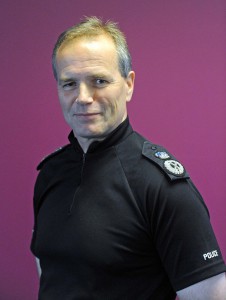 THE head of the new Scottish police force has been dubbed the “King of Scotland” by London officers, furious at the size of his top team.

Stephen House, who will take the reigns as leader of the country’s single force, Police Scotland, will have four deputies and six assistant chief constables to serve a population of just over five million.

By contrast, Sir Bernard Hogan-Howe, Commissioner of  the Metropolitan Police, which has 14,000 more officers and serves 7.2 million people, has just one deputy and four assistant commissioners.

Sources in London say the size of House’s team is being regarded with bemusement and envy south of the border.

But Police Scotland insists House, who takes up his £208,000 role in April, will have an “appropriate” level of staffing.

A Met police source, who does not wish to be named, said: “Management teams in the Met are becoming much smaller but that’s not the same as appears to be happening in Scotland. It’s very top heavy.”

The single force in Scotland, which begins operating on April 1 this year, will reduce the number of senior officers in the country from 31 to 11 and cut the wage bill from £5million to £2million.

A police source close to House said: “This won’t faze him. In fact, he’ll probably lap it up.”

House is said to have persuaded Rose Fitzpatrick, the Met’s former deputy assistant commissioner, not to take early retirement.

She has joined his team as a deputy chief constable.

The new commissioner is also looking for a head of communications for £80,000 a year plus company car.

The Met by comparison plans to cut the number of its senior officers by a quarter to help save £500m by 2015.

A spokesman for Police Scotland said: “The new command structure is appropriate for the single service. It is more streamlined and less expensive than the current eight force command structures and is designed to be able to lead the service across the whole country and the range of geographic and policing challenges”

It was revealed last year that House engaged in a power struggle with Vic Emery, the chairman of the Scottish Police Authority (SPA), over who should have day-to-day control over administrative areas like personnel and finance.

Both men took legal advice after MSPs failed to notice the flaw when the legislation was passing through the Scottish Parliament earlier that year.

The new Police Service of Scotland will begin operating on April 1, 2013, when the eight existing regional forces are merged.

The SPA was set up to support and scrutinise the force and Mr House’s performance.